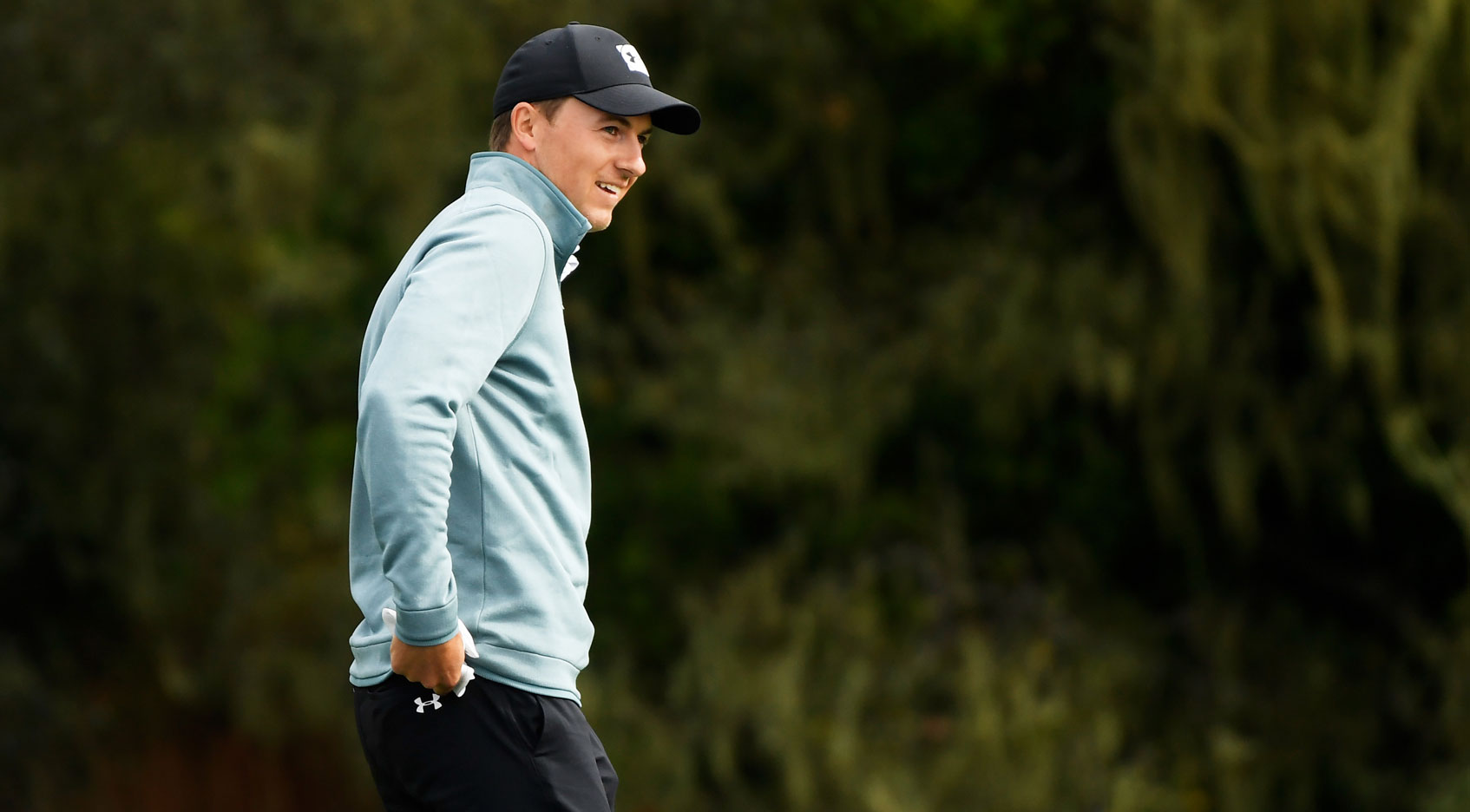 PEBBLE BEACH, Calif. — Jordan Spieth holed out from 160 yards for eagle on the 16th hole at Pebble Beach, the start of a stunning turnaround that took him from two shots behind to a two-shot lead Saturday in the AT&T Pebble Beach Pro-Am.

These moments used to happen when Spieth was winning all the time. This was the second time this week he holed out from the fairway, and now he is on the cusp of ending more than three years without a victory.

He shot 1-under 71 as he goes for a second victory at Pebble Beach in the last five years.

A pedestrian round that included bogeys on two of the par 5s left Spieth two shots out of the lead with three holes to play. And then it all changed. His hard draw to a left pin on the 16th landed about 8 feet right of the hole and took the slope all the way to the bottom of the cup.

Two holes later, Daniel Berger sent his drive well to the right, over the bunkers and onto the cart path. It settled next to the hedges, and was out-of-bounds by mere inches. Berger called over an official for a linear measurement, but it was out. That led to double bogey and a 72.

Patrick Cantlay, whose third round began with such promise when he hit it to 8 feet for eagle, birdied the 18th for a 70 and joined Berger two shots out of the lead. Tom Hoge (68) and Russell Knox (69) also were two shots behind.

He was tied for the lead going into the final round last week in the Waste Management Phoenix Open, only to fall back when he couldn’t make any putts. He shot 72 and finished two back.

Jason Day was very much in the mix, too, after a 68 left him in the group at 10-under 206. Paul Casey stayed three shots behind with a great break on the 18th when his tee shot tumbled down onto the rocks, but had a flat enough lie he could hit off the rock back into the fairway. He shot 71.

Maverick McNealy had a 69 that included a penalty shot behind the fifth green when his ball moved right as he set the club behind the ball.

Spieth didn’t have to contend with what he predicted to be a “mean” day at Pebble Beach. The rain in the forecast was gone by the time he teed off. The raging wind was more of a stiff breeze along the ocean holes that Pebble gets all the time.

Spieth didn’t do anything great Saturday. He made bogey on the easiest hole at Pebble Beach from the middle of the fairway on the par-5 second hole, coming up well short of the green, pitching short of the putting surface and missing a par putt from 5 feet. He also bogeyed the par-5 14th when his lob wedge was too tentative and spun all the way off the front of the green.

But there was enough good golf — and no wild shots that have cost him so dearly over the last three years — to keep him close enough to work a little magic at the end.

He also needed some help, which Berger supplied.

Even so, a dozen players were separated by four shots going into the final round at a tournament that moves much faster this year without amateur partners creating groups of four players.