PALM BEACH GARDENS, Fla. – Justin Thomas said that some of the comments that fans made last week at Riviera were “completely unacceptable.”

On Sunday at the Honda Classic, Thomas took matters into his own hands.

While walking up to the 16th tee, tied for the lead, Thomas heard a fan yell in his direction: “I hope you hit it in the water!”

Thomas looked back at the spectator but didn’t say anything.

After Thomas ripped a long iron into the fairway, the same fan began shouting for the shot to get into the bunker.

“I was like, OK, I’ve had enough,” Thomas said afterward. “I just turned around and asked who it was, and he didn’t want to say anything, now that I had actually acknowledged him. So he got to leave a couple holes early.

“I don’t want to kick someone out just to kick them out. It’s just so inappropriate. We’re out here trying to win a tournament. … Just because you’re standing behind the ropes doesn’t mean that you can – I don’t care how much I dislike somebody, I’m never going to wish that kind of stuff upon them.

“I felt it was inappropriate, so he had to go home.”

On-course microphones picked up Thomas telling the fan, “Who said that? Was it you? Enjoy your day, you’re done.”

Fan behavior was a hot topic leading into Honda week, with the Bear Trap party tent almost directly over the tee on 17. Tournament officials increased security on that hole and around the course. 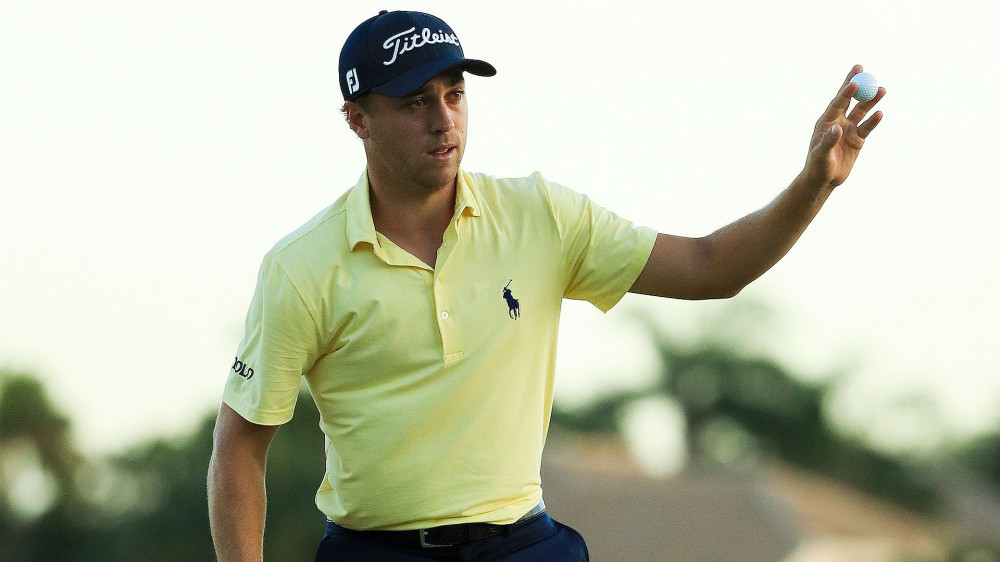 Garcia (65) just off pace at beginning of busy month