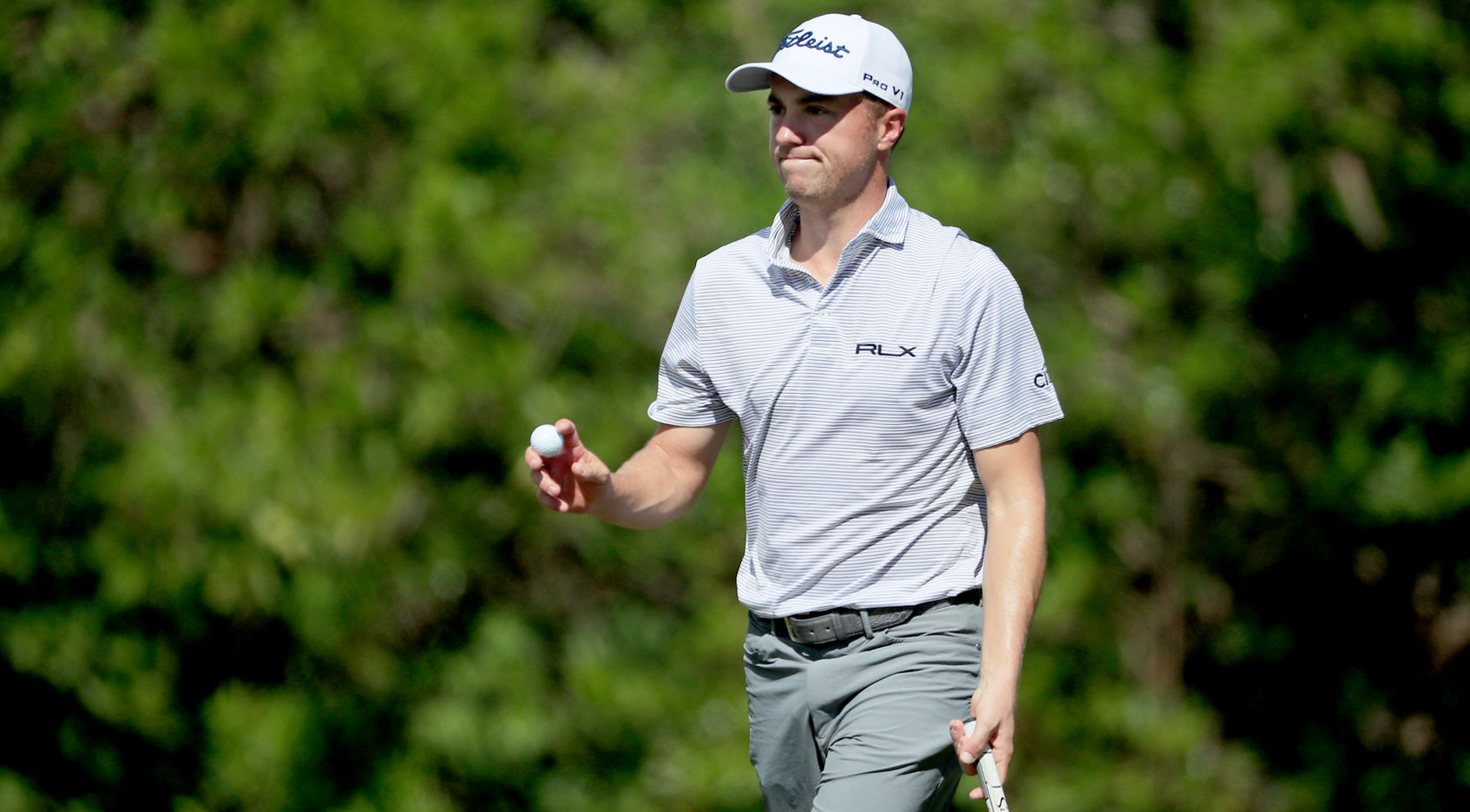 Thomas carded 9-under 62 in Saturday’s third round of the Mayakoba Golf Classic presented by UNIFIN, marking his 11th score of 9-under or better since joining the TOUR.

No other player has carded more than five rounds of 9-under or better in that span.

After an opening-round 72 at El Camaleon GC, Thomas has moved into the mix at the final FedExCup event of the 2020 calendar year, carding scores of 67-62 over the last two days.

The University of Alabama alum shares fifth place at 12-under total, four back of leader Emiliano Grillo.

Thomas, 27, knows another low round Sunday is likely necessary in order to hoist his 14th TOUR title.

He has also proven over recent years that he has the tools to do it.

“I’m trying to birdie every single hole,” said Thomas of his recipe for carding 62 on Moving Day at El Camaleon. “A course like this, as easy as it can play when you get ball in hand (Saturday played as lift, clean and place in the fairway), as soft as it is … if you know how far you’re hitting your irons or wedges, the ball is going to stay right where it lands, especially with no wind like yesterday or today. So I feel like I can use that to my advantage.

“You can’t put a ceiling on this place when you’re playing it. You’ve just got to try and make as many as you can.”

Thomas did just that on Saturday. Beginning the day on No. 10, he recorded nine birdies against zero bogeys, including birdies on five of his final seven holes to move into contention.

After admittedly struggling on the greens Friday, Thomas quickly turned things around. He has started working in recent months with putting coach John Graham, in an effort to complement sound mechanics with new feel concepts. One of the goals: swiftly adjusting mid-tournament when experiencing struggle with the flat stick.

Mission accomplished on a bogey-free Saturday.

“I just made some more putts,” said Thomas of his third round. “I very easily could have shot 62 yesterday. I told my dad, the worst 67 in the history of golf, I think it was yesterday. I played unbelievably; I just really struggled on the greens.

“It’s crazy to say that I left some out there, but I finally made some putts and felt a little better over it.”

This fall, Thomas has already recorded career-best finishes in the Masters (solo fourth) and U.S. Open (T8). His last win came at the World Golf Championships-FedEx St. Jude Invitational in early August, and he maintains full belief in his potential for many more wins in the coming years.

With another low round Sunday – of which he has demonstrated his capability time and again – that 14th TOUR title could occur amidst the Mayakoba mangroves.

“Hopefully tomorrow will be a day where I make them all,” he said.