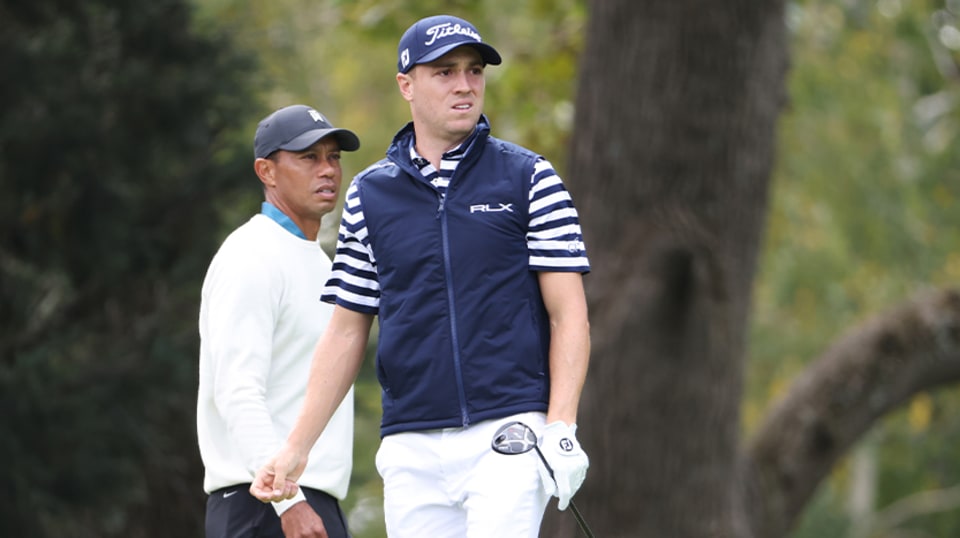 MAMARONECK, N.Y. – Justin Thomas could have shot anything in the second round of the 82nd U.S. Open at Winged Foot on Friday. On a course where you must hit the fairway, he hit just three of them. The putts weren’t dropping. He was 5 over for his first 10 holes. It was all slipping away.

And then it wasn’t.

In a bounce-back that may have saved his chances for a second major title, Thomas birdied the long par-3 third hole and went 1 under the rest of the way for a 3-over 73 that left him 2 under, just two back.

“Every single person in this tournament is going to go through a stretch where they get a bad run, especially here,” he said. “… I wasn’t driving it well and then had a couple putts that easily could have gone in that kind of just stayed out.

RELATED: Full leaderboard | Winged Foot fights back in Round 2

“But I just stayed positive” he added, “and kept fighting because I know that a 3 over is better than a 4 over, and today easily could have been a 6 or 7. I’m proud of myself for how I hung in.”

The second round brought significantly more wind, which sped the course up and made things considerably more difficult. Tiger Woods, one of Thomas’ playing partners, struggled to a 77, and he wasn’t even close to the worst of the casualties. Sung Kang shot 86, while Davis Thompson, the Georgia amateur who briefly held the first-round lead, shot 78 to miss the cut by one. It was that kind of day; the course bit back.

Wayward with the driver, Thomas paid the usual price for inaccuracy at Winged Foot. He and his caddie Jimmy Johnson rolled with it, though, trusting that things would start to turn.

“He knew and I knew that we were close to getting something and at least making some pars or throwing in a birdie or two,” Thomas said. “He just kind of says to me, ‘Stay patient. Good things will happen. We’ve just got to keep playing our game.’ And that’s what we did.”

Thomas found something with his tee shot at the third, his 12th hole of the day.