Cristie Kerr was emotional claiming her first Ladies European Tour title Sunday in a wire-to-wire victory in which she said “an angel” sat on her shoulder.

Kerr won the LaCoste Ladies Open de France, an event that benefited the fight against cancer in a week in which the mother of one of Kerr’s close friends died of the disease.

Cristie also counted Kelli’s mom, who went by “Pam,” as a close friend.

The LaCoste Ladies Open honored the memory of Cassandra Kirkland, an LET winner who died of lung cancer earlier this year. Players funded the event’s cancer charity with donations for every birdie they made.

“I’m sorry, but f— cancer,” a teary-eyed Kerr told reporters after winning. “I’m so sorry to say the F word, but I’m so sick of people losing people to cancer.”

Kerr, who founded Birdies For Breast Cancer more than a decade ago, has raised almost $4 million for the cause. Her efforts spearheaded funding of the Jersey City Medical Center’s Cristie Kerr Women’s Health Center. Kerr’s mother, Linda, is a breast cancer survivor.

Kerr donated $5,000 this week to the event’s cancer cause. She said she played with Peggy Kuehne and Cassandra Kirkland in mind.

After holing out to win by four shots, Kerr pointed skyward.

“I was on a mission, and I got it done for them,” Kerr said.

Kerr took the lead with an 8-under-par 62 in the first round, followed it up with a 64 and never looked back at the Golf de Chantaco course. She built a nine-shot lead going into the final round.

“Sometimes, it’s really hard to play with a big lead, because you get complacent, and so many people played well this week,” Kerr said. “But I’m happy to come out with the trophy.”

It was Kerr’s second victory this year. She won her 19th LPGA title at the Lotte Championship in Hawaii back in April.

There appears to be no slowing Kerr down with her 40th birthday coming up on Thursday. She will celebrate playing the first round of the KEB Hana Bank Championship in South Korea.

With her game in good form this summer, Kerr said she was driven to keep winning. 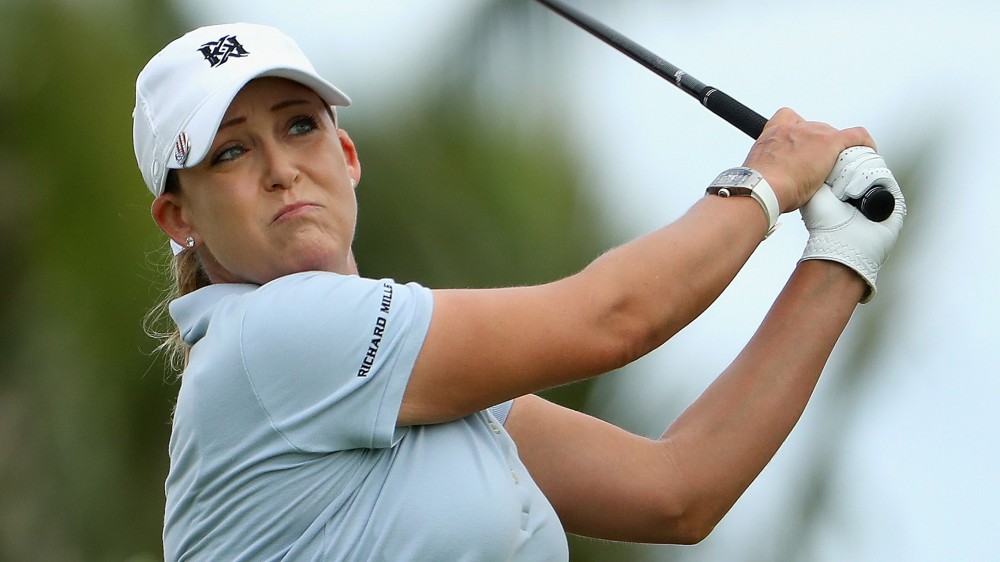