CHARLOTTE, N.C. – Kevin Kisner and Hideki Matsuyama lead by two over Jason Day at the PGA Championship at Quail Hollow, where 25 players returned Saturday morning to complete their second rounds. Here’s where things stand through 36 holes at the year’s final major:

What it means: A one-hour, 43-minute weather delay changed this championship and this golf course in a hurry. Kisner looked as if he would cruise into Saturday with the lead, but Matsuyama retained his momentum through the stoppage and caught him with a flurry of back-nine birdies. Working in the co-leaders’ favor, each of the last four major winners has held at least a share of the lead through two rounds of play. But those two will be pressed over the weekend by a chase pack that includes two major champions in Day and Oosthuizen and two top-15 players looking to break through on the biggest stage in Thomas and Fowler.

Round of the day: Matsuyama fired the low round of the week by two shots, a bogey-free 7-under 64 that included five birdies in a six-hole stretch, from Nos. 12-17, on his closing nine. This is his first 36-hole major championship lead. He is vying to become the first Japanese player to claim a major title. He was matched shortly after his finish by Molinari, who made five birdies and an eagle for a 64 of his own to move up the board to 5 under.

Best of the rest: Day, Thomas and New Zealand’s Ryan Fox posted 5-under 66. In an effort to avoid an early return, Day, Dustin Johnson and Henrik Stenson ran down the 18th hole to beat nightfall after the horn blew.

Biggest disappointments: Jordan Spieth’s chances of achieving the career Grand Slam now appear slim. His second-round 73 has him 3 over for the championship and 11 off the lead. Rory McIlroy will enter the weekend 10 back at plus-2.

Notables to miss the cut: For only the second time in 25 career starts at the PGA Championship, Phil Mickelson won’t be around for the weekend. The 2005 champ went 30 holes before carding his first birdie of the week. Rounds of 79-74 left him outside the cut line by a mile. Other notable names outside the 5-over cut line include Justin Rose (+6), Luke Donald (+7), Daniel Berger (+7), Rafa Cabrera Bello (+7), Bubba Watson (+7), Matthew Fitzpatrick (+8), defending champion Jimmy Walker (+8), Sergio Garcia (+8), and Branden Grace (+9).

Shot of the day: After having his ball roll down a service road down to the 11th hole while he was supposed to be playing No. 10 Friday, Rory McIlroy skipped his ball off the concrete path, ran it through a greenside bunker and managed to save par on his first hole of the morning: 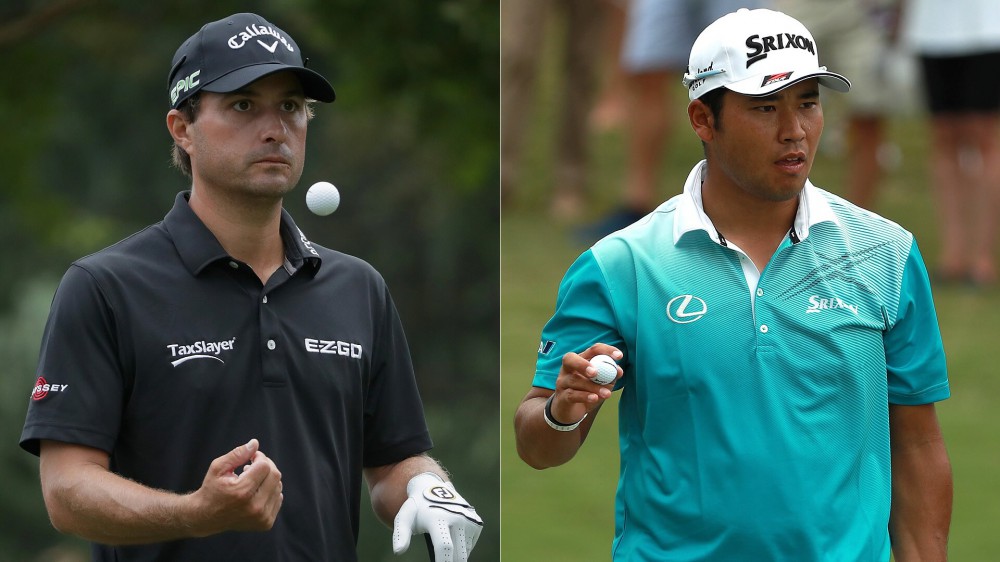