Lydia Ko did more than get herself in early contention Thursday at the ISPS Handa Women’s Australian Open in her 2018 debut.

She was able to “kind of quiet things down.”

Ko was talking about all the buzz she created starting the new year with more major changes to her team, bringing on Ted Oh as her new coach and Jonny Scott as her new caddie.

Ko opened with a 4-under-par 68 to move into a tie for third place at Kooyonga Golf Club in Adelaide, South Australia.

“It’s early, but it’s definitely nice to be able to have a good score to start my season,” Ko said.

She made news at the start of the week with revelations she replaced Gary Gilchrist as coach and Peter Godfrey as caddie in the offseason. She started last year with a new coach, new caddie and new equipment. That has prompted media debate about the number of changes to her game.

“At the end of the day, I’m trying to make the decisions where I think it’s best for me in my career,” Ko said. “Sometimes I think, ‘Hey, maybe I shouldn’t have done that,’ but I feel like I made the right decisions.

“Sometimes not everybody is going to agree … I feel like they are good changes. Hopefully, this one does go a long way.”

Ko shut down her Twitter account on Wednesday, but she said that move had nothing to do with criticism of her making more changes to her team.

“I actually did it because I wasn’t really on Twitter that much,” Ko said. “I actually spend most of my social media time on Instagram.

“That was kind of the reason why, it was taking up storage on my phone, too. There’s no point me having it when I wasn’t interacting with fans there.”

Ko, 20, is looking to bounce back from her first winless season since she began playing LPGA events as a 15-year-old.

Her short game helped her get off to Thursday’s fast start.

After taking much of December off to relax and spend time with family, Ko devoted herself to intense preparation for the new year. She and Oh worked five weeks together in Phoenix, near the PXG headquarters.

Oh told GolfChannel.com that they worked nine-hour days together, five days a week.

“The days would have been longer, but the sun went down,” Oh said.

Ko confirmed Thursday that Oh is her full-time coach, and while he isn’t in Australia this week, he will be going out on the road with her a few times a year.

“I think this offseason was the most excited I was to train and prepare for the season coming up,” Ko said.

Oh told GolfChannel.com that a major focus of their offseason work was with short irons, wedge play and work around the greens.

“We spent hours and hours with the scoring clubs,” Oh said.

Mo Martin, who also opened with a 68, played alongside Ko. She confirmed the sharpness of Ko’s short game.

“I know she didn’t hit the ball the way she wanted to today, but she’s a great competitor,” Martin said. “She’s got a phenomenal short game. She already won the tournament in the bunkers. She got up and down from a plugged lie, from all kinds of lies in the bunkers.”

Ko hit 11 of 18 greens in the first round, but she got up and down every time in a bogey-free round.

“I know we’ve still got a lot of work to do,” Ko said, “but it’s been a productive offseason.” 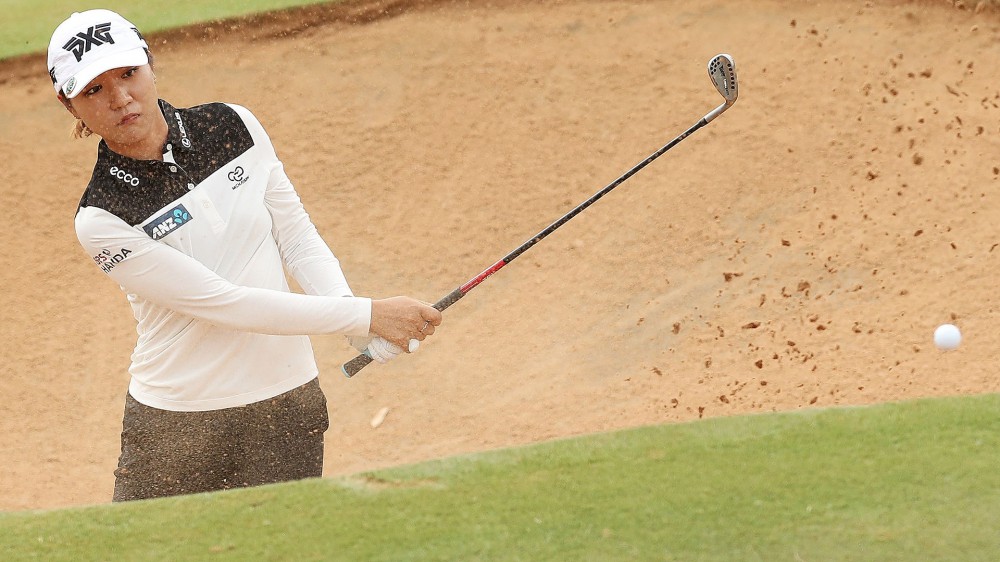