Brooks Koepka couldn’t shift out of neutral in his first round as the top-ranked golfer in the world.

Koepka cruised to a four-shot victory last week at the CJ Cup in South Korea, a result that helped him supplant Dustin Johnson as world No. 1. He remained in Asia for this week’s WGC-HSBC Champions but managed only a single birdie en route to an even-par 72 that left him eight shots off the early lead.

“I felt like I played good enough to shoot 4 or 5 under par,” Koepka told reporters. “It was those momentum-building shots.”

One such shot that Koepka referenced was his approach to the par-5 18th, where he could only watch as his ball spun back off the green into the water, turning a likely birdie into a scrambling par. On the next hole, a birdie putt hit the hole and spun back out.

“It would be nice to have those and feel like you’re making a lot of progress out here, because it was a tough day,” Koepka said.

Koepka has experience around Sheshan International Golf Club, where he tied for second a year ago. But with the winds up during the opening round, his lone circle came on No. 16 while he dropped his only shot of the day on the par-3 fourth.

Despite his opening-round struggles, Koepka is still likely to retain the world No. 1 ranking this week, since No. 2 Dustin Johnson fared even worse, shooting a 2-over 74. Defending champ Justin Rose, who could pass Koepka with a T-2 finish or better, is tied for 10th after a 3-under 69.

“The goal was to get to No. 1, and once you get here, you just need to stay here,” Koepka said. “That’s something I think every player dreams of, and every player wants to do, but it’s even better when I’ve got my good friend pushing me.” 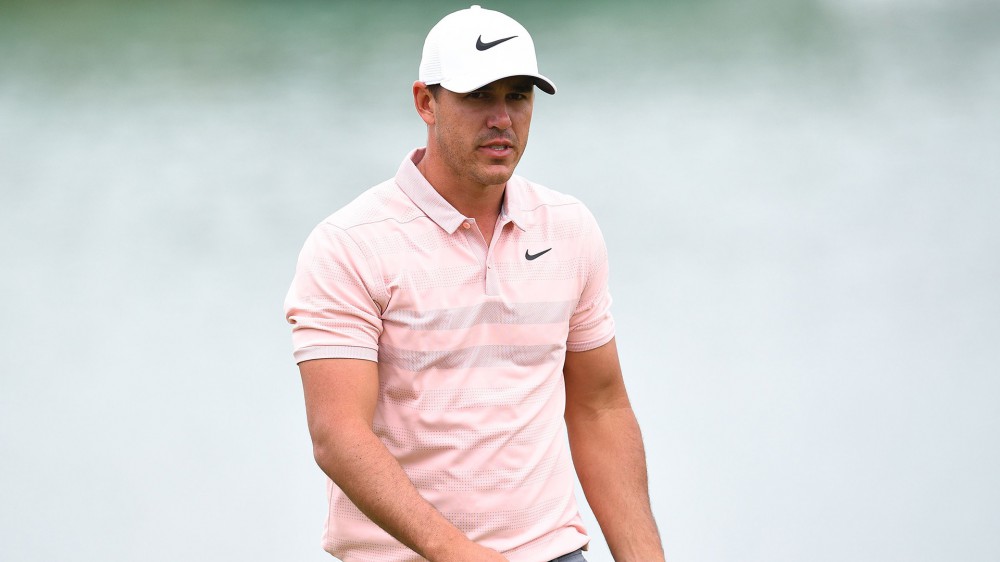 Brooks Koepka withdraws from U.S. Open because of injury