A crowded leaderboard was produced during the first round of the PGA Tour’s stop in Mexico. Here’s how things look at the Mayakoba Golf Classic, where Matt Kuchar is among a trio of co-leaders:

What it means: The birdies were plentiful on a warm day where there was little wind to speak of on the El Camaleon Course. Three players turned those scoring conditions into rounds of 7-under 64, including Kuchar who remains in search of his first win since the RBC Heritage in April 2014. But there’s plenty of other players in contention, with the top 18 separated by only a single shot.

Round of the day: Kuchar went bogey-free during his opener, and he even scored some bonus points when his wife pinch-hit as Zach Johnson’s caddie during the closing stretch. Kuchar hasn’t had many results to speak of this year, with only one top-5 finish and no top-10s since The Open in July. But he’s in position to change that now on a course where he tied for third back in 2008.

Best of the rest: Hickok is a former teammate of Jordan Spieth at Texas, and he captured a Web.com Tour Finals event in September en route to the main circuit. Now he’s equipped with a share of the lead after an opener that featured two different runs of three birdies in a row, first Nos. 7-9 and again on Nos. 12-14.

Biggest disappointment: Speaking of Spieth, his tournament debut might be a brief one as he failed to get much going during his first trip around El Camaleon. Spieth canceled three birdies with three bogeys, settling for an even-par 71 on a day when 90 players in the 132-man field managed to break par. There’s work to be done if he’s going to stick around for the weekend.

Main storyline heading into Friday: Kuchar is certainly the man to keep an eye on among the co-leaders, but don’t lose sight of a pair of interesting stories one shot off the pace. Cauley is making just his third start since sustaining serious injuries in a car accident in June, while Ancer already has a pair of top-5 finishes this season and could potentially vie for his first career PGA Tour title in his native country.

Shot of the day: Patton Kizzire earned his maiden victory here a year ago, and he’s again in the mix after a 6-under 65 that included back-to-back eagles on Nos. 5 and 6, the latter coming after he hoisted his iron approach from the right rough over a stand of trees. 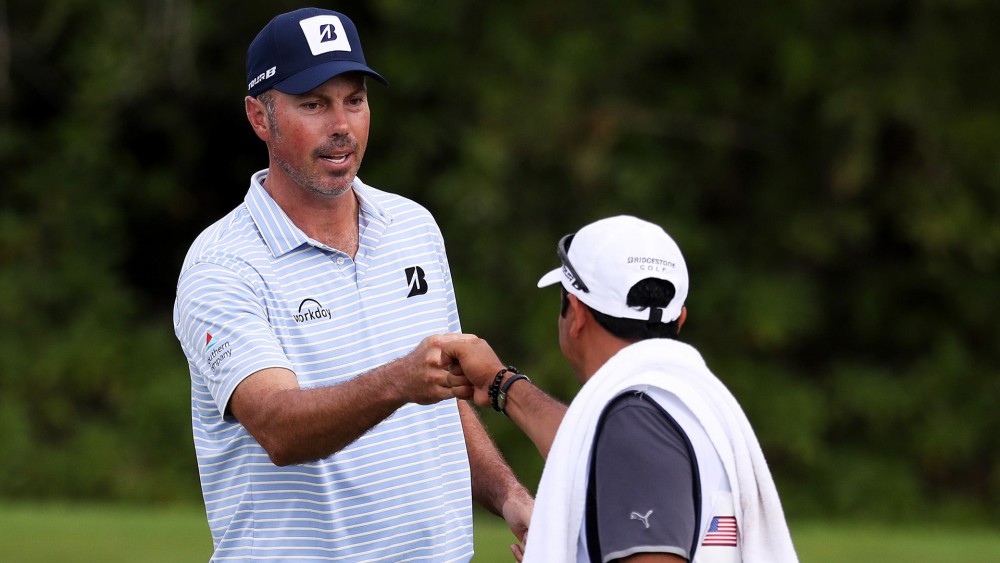