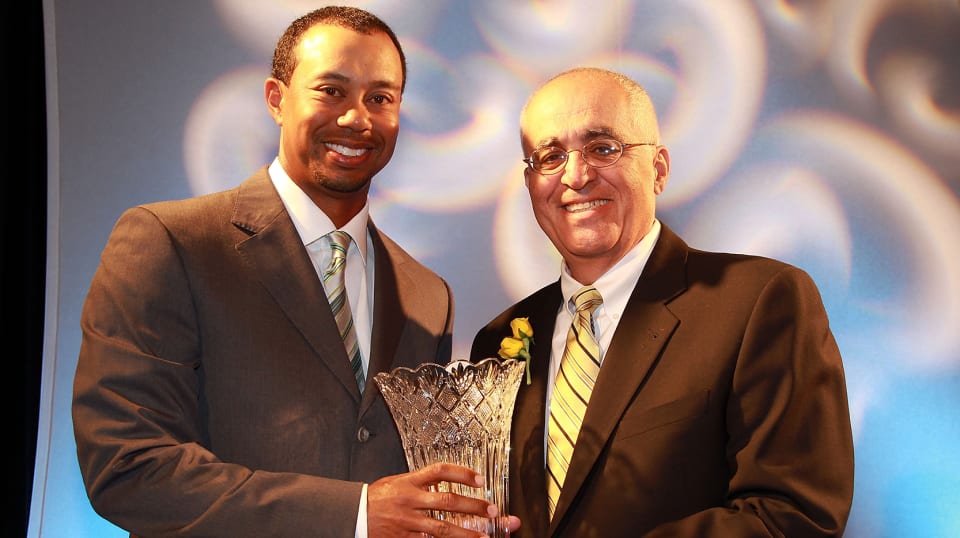 Vartan Kupelian, a Detroit journalism fixture who covered hockey and golf for The Detroit News and later became a PGA TOUR Champions beat writer for PGATOUR.COM, has died at 73.

His friend, George Eichorn, who confirmed his death to The Detroit News, said Kupelian had been dealing with complications from heart disease and diabetes.

“The world of golf and sports journalism lost a great friend this week in Vartan Kupelian,” the PGA TOUR said in a statement. “While we at the PGA TOUR primarily knew Vartan as the knowledgeable and well-respected golf writer for the Detroit News, he had a legendary career and a loyal following in Detroit and throughout Michigan, covering all major professional sports as well as the Olympics.

“Vartan always had a story to tell and smile on his face that would brighten the days of everyone he encountered on the PGA TOUR, especially our communications staff. That smile will be sorely missed. Our condolences to his family; our thoughts and prayers are with them.”

Kupelian was born in Germany but moved to Detroit soon after, and guessed he had covered 168 majors in his career. He was also a past president of the Golf Writers Association of America. He underwent quadruble-bypass surgery in May 2017, according to the obituary posted on the Detroit News website Thursday afternoon.

In high school, Kupelian lettered in basketball and played golf before enrolling at Wayne State. He went from there to The Detroit News, where he began covering the Red Wings – a cherished assignment, given that he had grown up attending games with his father. He especially relished writing about late-career Gordie Howe, despite Howe having moved on to another team, and called the legendary Detroiter the greatest athlete he’d ever seen.

Kupelian covered his first major championship at the 1973 U.S. Open (Johnny Miller’s epic victory at Oakmont), which was three and a half years before Tiger Woods was born. He covered five Olympics in five countries and every major professional championship in America.

“It’s true that when you have a job you love, you’ll never work a day in your life,” he wrote in one of his final columns for The News. He had covered the Champions Tour for PGA TOUR Digital since 2008. In 2014, he was elected to the Michigan Golf Hall of Fame, and won the Golf Association of Michigan’s Distinguished Service Award.

“Vartan was a great journalist and a better man,” said GWAA President Ron Green, Jr. “He was kind, thoughtful and unflappable. He took the time to listen, then lead and always had time to mentor young writers who asked for his help. He was a strong figure even though he has long since passed the torch of leadership – always a good voice on any issue. He’ll be missed.”