LAKE FOREST, Ill. – Three years ago, Billy Horschel appeared on the cusp of his first career FedExCup Playoff victory at TPC Boston before an errant approach to the 72nd hole sunk his chances. Despite the disappointment, he turned around and won the BMW Championship in his next start, then captured the Tour Championship and the season-long title.

After another sterling round from Marc Leishman at Conway Farms Golf Club, it appears history could be repeating itself – at least in part.

Leishman took a lead into the back nine two weeks ago at the Dell Technologies Championship, but he stumbled to an inward 40 that crushed his hopes and allowed Justin Thomas and Jordan Spieth to race past him. But rather than dwell on what might have been, the Aussie has channeled his disappointment into a scintillating performance outside Chicago that has him on the cusp of a wire-to-wire victory.

“After what happened at the Dell, I got extra determination to finish this one off, and my game is in a better spot,” Leishman said after a third-round 68 increased his lead from three shots to five. “I feel like this course sets up for me a little better than it did at Dell. Hopefully I can just play well, do the right things and not worry about the result too much, as hard as that will be.”

Leishman won the Arnold Palmer Invitational thanks to a final-round comeback in March, but that was only his second career PGA Tour win and his first since 2010. While the 33-year-old has been a consistent presence on leaderboards for years and has contended in majors, he still considers himself somewhat of an underdog given his tiny trophy collection.

Change seems afoot at Conway Farms, where Leishman opened with a 62 that remains the low round of the tournament. He birdied half his holes through the first two rounds, then seemed relatively unfazed despite an opening eagle from Rickie Fowler and an appointment in the final pairing alongside Jason Day.

Two weeks after he let one get away, the tournament is now very much his to lose. But Leishman hopes that with another strong effort on a course where he feels at home will be more than enough to erase any lingering disappointment and vault his name into the mix of potential FedExCup winners.

“Put three together now, and now I need to concentrate on tomorrow,” he said. “I can’t worry about what happened a week ago, or what I did yesterday or the day before that. I’ll just go and try to do my job and hopefully I can do it well, and that’s good enough.” 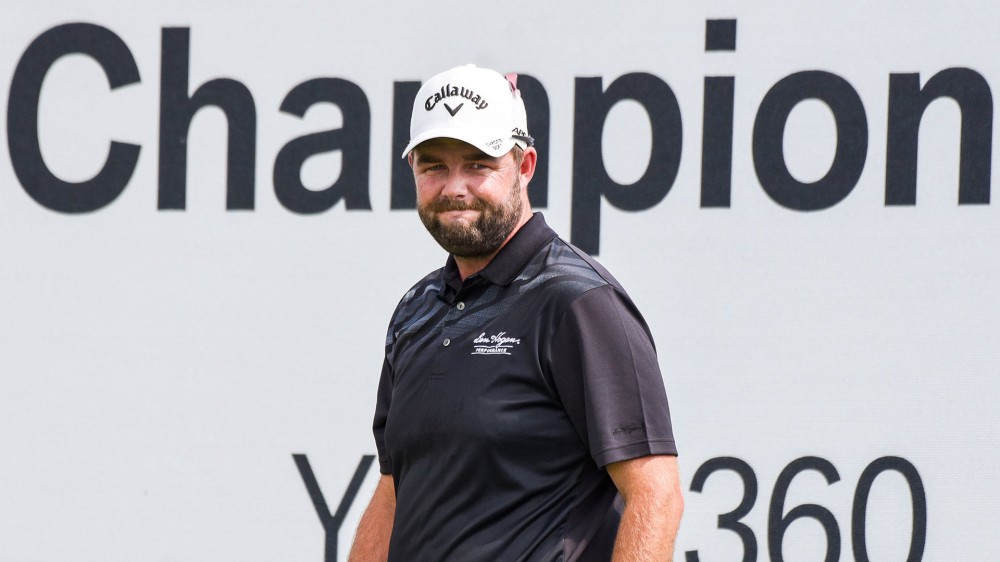