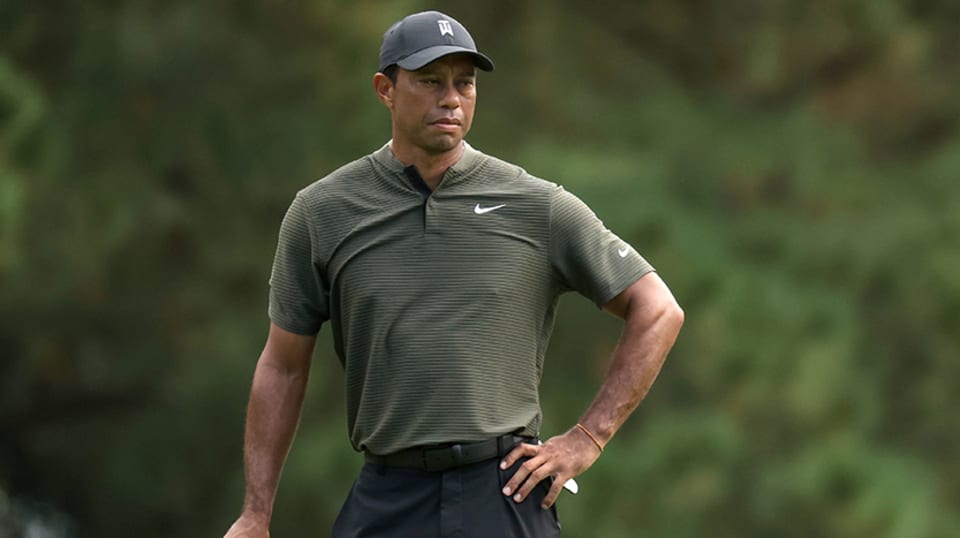 Fellow Brit Lee Westwood, 47, who hadn’t played here since 2017 and got in via his T4 at The Open Championship last year, made an adventurous par on 18 to sign for a 4-under 68. He’s of an age, he has said, when nobody expects much from him. It’s freeing.

Oh, and Augusta’s own Larry Mize, 62, was briefly on the leaderboard. He made six birdies and shot 70.

“Experience counts a lot around here,” Westwood, who has six top-10s in 18 starts here, said earlier this week. “There is definitely a knack for playing this golf course, and it’s a knack that you learn only really by playing the tournament here.”

The high-water mark for oldies at Augusta may forever be Jack Nicklaus winning at age 46 in 1986, but he also contended deep into the back nine in 1998, at 58. It was like an old film reel suddenly colorized and in real time. Woods mentioned that day earlier this week; if he uses Nicklaus as any kind of guide it would give him another 15 years or so to potentially win a sixth or even seventh Masters.

“My body is feeling better than I did last year,” he said.

He proved it in the first round, when he started on the back nine and showed total command early. He’d never started the tournament on the 10th hole, nor had he ever heard a drone flying overhead, as he did absent the buzz from the patrons Thursday.

“I got off to a fast start today, which is good, but I think everyone is,” said Woods, who with one more victory would set the all-time wins record on TOUR with 83. “Everyone is going low out there today. With these conditions, you have to. You have to be aggressive.

“There’s no reason why you can’t fire at a lot of the flags.”

And no reason why those who have contended in the past can’t keep right on going. It’s always age before beauty at Augusta National.