FARMINGDALE, N.Y. – David Lipsky was assessed a two-shot penalty prior to the second round of the PGA Championship for arriving to the first tee seconds after his scheduled tee time.

Lipsky opened with an even-par 70 at Bethpage and played the first two rounds alongside Henrik Stenson and Richard Sterne. While Lipsky declined to comment after his round, Stenson believed that because the trio teed off at 7:18 a.m. ET in the opening round, Lipsky may have thought that their Friday tee time was 12:48 p.m. Instead, they were slated to tee off at 12:43 p.m.

Lipsky is a 30-year-old American who plays primarily on the European Tour, ranked No. 118 in the world and is making his PGA Championship debut this week. According to Stenson, he was on the putting green that sits roughly 30 yards from the above the first tee when tournament officials engaged fans in counting down the seconds remaining until the tee time, at which point Lipsky grabbed a ball and ran toward the tee box.

“I mean, you start on 5 or 7 or whatever they started on, then there’s not much time,” Stenson said. “So he came running down, and the decision that they say is he had one step, one foot on the steps of the stairs and then you’re not officially on the teeing ground when the time is out.”

According to a release from the PGA of America, Lipsky was “walking toward the tee with his putter and a ball but was not within the area defined as the starting point.” As a result, he was assessed a two-shot penalty under Rule 5.3a, which states that a player “must be ready to play at the starting time and starting point set by the committee.”

Lipsky bounced back to make a birdie on the opening hole that went into the books as a bogey once the penalty was factored. While he struggled down the stretch, bogeying three of his final four holes, he signed for a 4-over 74 that left him at 4 over for the week and exactly on the projected cut line.

“I think it kind of set off his day in a totally wrong way, and it was a bit of a battle to get into his round due to those facts,” Stenson said. “He was hanging in there, had a bit of a rough finish but hopefully he’ll still play on the weekend despite that mishap on the first.” 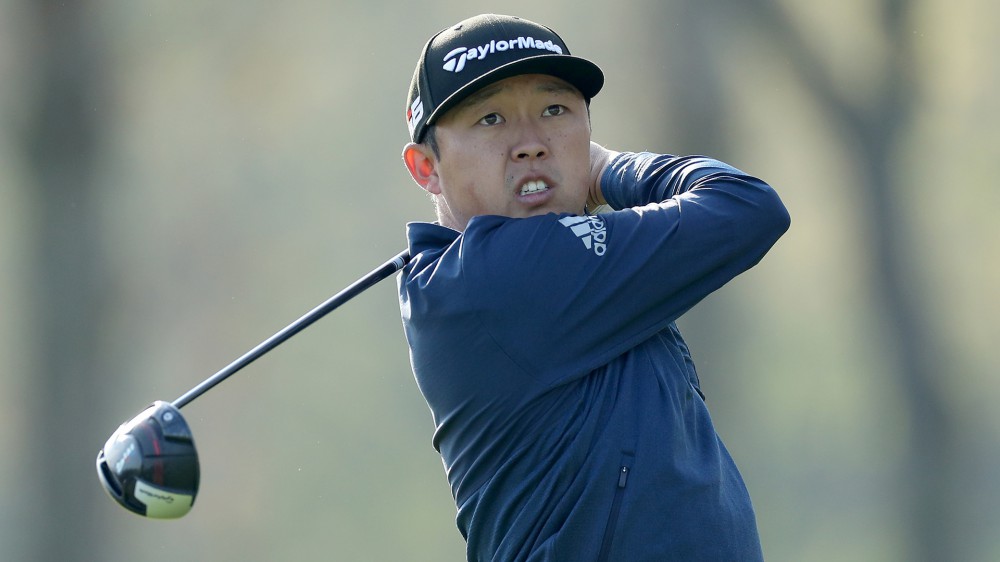