LAKE BUENA VISTA, Fla. – Ariya Jutanugarn, ranked No. 1 in Rolex Rankings, didn’t feel good about all the fairways and greens she missed Friday at the Diamond Resorts Tournament of Champions, but she had the luxury of having one of the NBA’s great sharpshooters alongside her for counsel.

She played with Ray Allen on Friday in the pro/celebrity format.

Though Jutanugarn hit just seven of 13 fairways and missed five greens, she scrambled to a 4-under-par 67, moving just two shots behind the leader, Brooke Henderson.

“It hit it everywhere,” Jutanugarn said. “I kept missing fairways and greens, but I’m at 4 under.”

It was kind of like Allen putting up 30 points on a night when his shot didn’t feel quite right.

Jutanugarn likes how the Diamond Resorts format connects LPGA pros with some of the great athletes in other sports. She said she picked Allen’s brain all day.

“He taught me a lot of things,” Jutanugarn said. “He told me about his experiences. He told me a lot.”

Jutanugarn is seeking to add to the 10 LPGA titles she has won over the last three seasons. She struggled the first time she rose to world No. 1, but she says she is more comfortable with the ranking this time around. She said she was curious how Allen managed his success. So, what did Allen tell her?

“You’re going to have those days when things don’t go right, but you will have good people who will hold you up.” 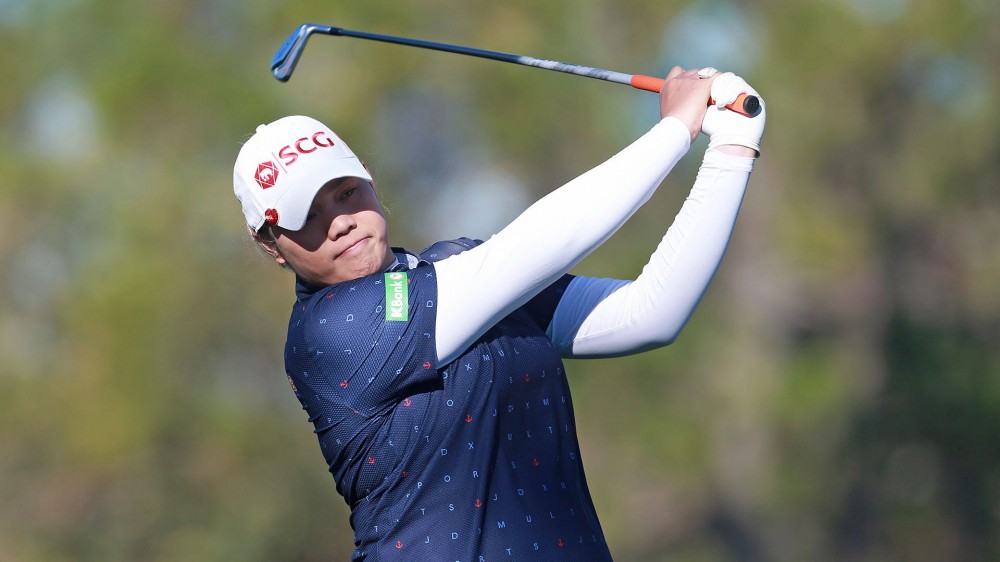 Highlights: Tiger (71) back and better at Memorial