LPGA chief of tour operations Heather Daly-Donofrio said the weather that blew through the McKayson New Zealand Women’s Open during Sunday’s play turned more serious than expected and that the tour never intended to put players in danger.

“It was clearly a serious situation,” Daly-Donofrio said Monday on Golf Channel’s Morning Drive. “We had an unexpected squall come through, and that happens. Wind patterns are very difficult to predict.”

Belen Mozo was leading the tournament through 54 holes at Windross Farm Golf Club in Auckland. She was caught in the hard gusts that roared through Sunday’s final round, wind that ripped loose large signs that tumbled toward her while she putted. It was caught on television. Play was suspended after that, with Brooke Henderson winning when the final round was concluded on Monday.

Mozo was upset that players were put in harm’s way.

“This tour, we are like sheep,” Mozo can be heard saying on a TV clip shortly after the signs tumbled past her.

Mozo later backed up her complaint with tweets:

https://t.co/hzW2l0jgOV @LPGA is a tour where players DONT have a say or a voice. Like I say we are "like sheeps".

My reason for complaining had nothing to do with result,it was after the fact I almost got slammed by a sign and was told to stay were I was

“Clearly, we did not want to put players in danger,” Daly-Donofrio said. “We typically will get calls about balls moving on the green before we will see signage fall, and we had one call for a ball moving on the green prior to that. As soon as the squall hit, we suspended play and got players off the course as quickly as possible.”

Daly-Donofrio said she has already reached out to Mozo about her concerns.

“We don’t always make the right decision. It’s a difficult job on the field of play, when to call suspensions, when to send players out, and sometimes Mother Nature just has a mind of her own and things happens, but, certainly, safety is paramount for our players.”

Two weeks ago, the LPGA also received criticism for how it reacted to bad weather at the Evian Championship, a major championship. The event was shortened to 54 holes before the first round was completed, with the Sunday conclusion coming in bad weather that included hail.

Daly-Donofrio was asked if finances are a factor in deciding to shorten events.

“Our goal is always to finish 72 holes, but there are a lot of factors that go into that decision, primarily course conditions and weather,” Daly-Donofrio said. “So, we were in a situation [at the New Zealand Women’s Open] where we felt like we had a good weather day on Monday. It was the last tournament for a lot of players for their 2018 status . . . If we had a nice, clear day for Monday, we felt like going to 72 holes was the right decision for the competition.”

“I think what a lot of people don’t see at home, if they were not at a championship like that, they don’t have a full grasp of the circumstances. I did an interview with a journalist a couple days after that, and I told them, it’s one of those situations if you were not there in the middle of it, you couldn’t fully appreciate how bad it was. At the time, we had rain in the forecast through the weekend and through Monday and through Tuesday. It felt like we had to give players a plan of attack for a major championship, and, honestly, at that point, we felt like we needed Monday to finish 54 holes.” 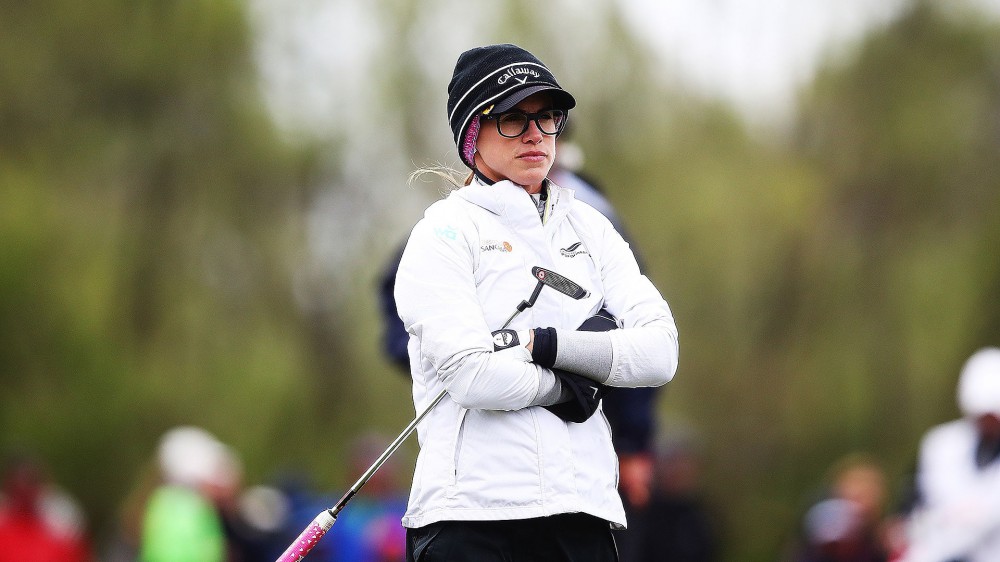 Trying to be helpful, Spieth violates a rule

Colsaerts on PGA Tour: 'Maybe it's not for me'