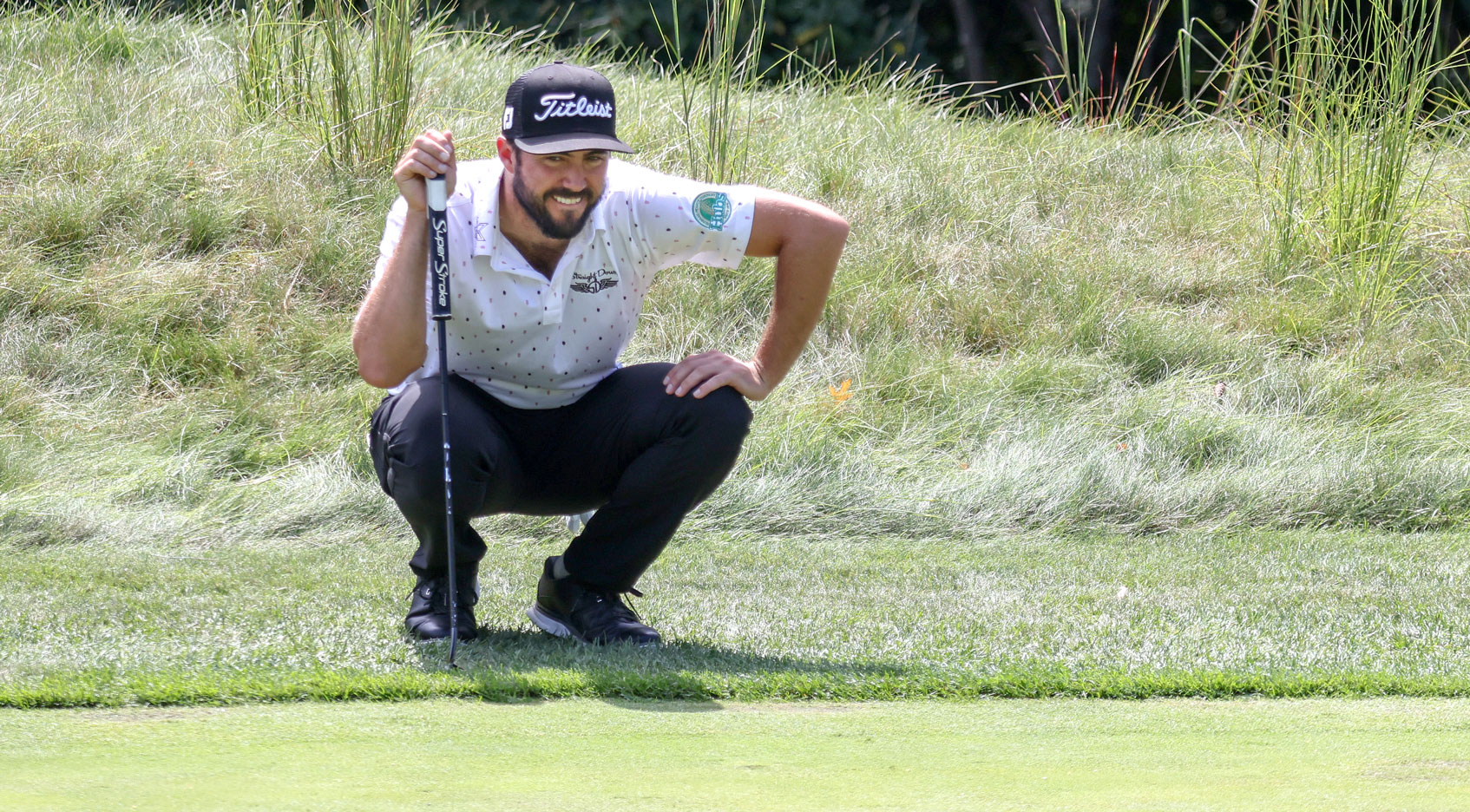 LA QUINTA, Calif. – It seemed like a routine 4-footer as Mark Hubbard completed Friday’s second round at The American Express.

Hubbard addresses the putt with standard grip positioning. While his left hand remains in place, his right hand releases from the putter, making a circular arc before diving toward the putter head. His right arm nestles against the putter shaft, and he loops his pinky finger around the shaft – approximately 8 inches above the ground – before making the stroke.

Hubbard unveils The Snail from time to time – although “it’s got to be a special occasion.” The par-4 ninth hole Friday at PGA West (Nicklaus Tournament Course) marked such an occasion.

“Like most things, the key aspect is really the presentation,” Hubbard explained Friday afternoon in the Palm Desert. “You’ve really got to sell it, that you’re going in for a normal stroke. Really look focused and determined, and at the last second, shimmy in there. Reminiscent of a Jack Parkman from Major League 2, shimmying at home plate.

“The key aspect to The Snail is to wrap that right arm over the shaft, and then get the right pinky finger looped back under. Really lock it into that right arm.”

“It’s a product of San Jose State and our team of goofballs,” Hubbard reflected.

Hubbard has checked with TOUR and Korn Ferry Tour rules officials to confirm The Snail’s legality.

The Snail does nothing to violate Rule 10.1b, confirmed PGA TOUR Tournament Referee Jordan Harris.

“He’s in good shape there,” laughed Harris. “That’s just a weird way to go about it.”

Hubbard enjoys incorporating The Snail in casual games with buddies. It has also been showcased at the TOUR’s Mayakoba Golf Classic, and at the Korn Ferry Tour’s Dormie Network Classic.

“If I’ve got a tap-in that I’m not going to miss, I’ll break it out just to mess with people,” Hubbard said. “It usually makes for a pretty automatic putt inside 5 feet. I’m a little disappointed I missed that one; I don’t miss too many of those with The Snail. It just broke a little bit more.”