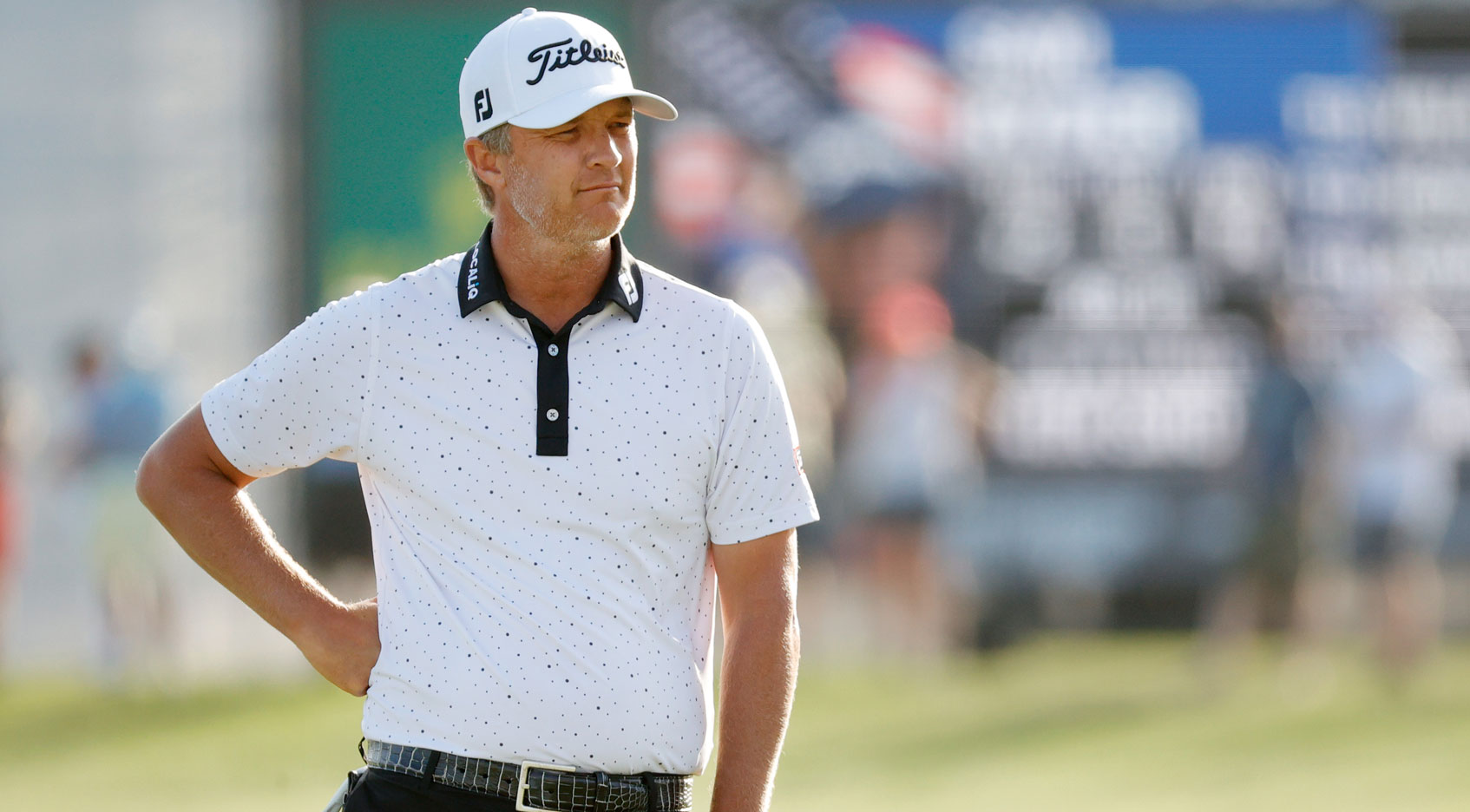 There should have been a Bethpage Black-style warning sign on the first tee Saturday morning on the daunting Champion course at PGA National: Sorry, lads, fun time is over. No more low, low rounds. No more birdies in bunches. Every par will be earned. Today, you’re going to need to do your best to hold on. Good luck!

Saturday was the day PGA National fought back, setting the stage for a Sunday in South Florida with great promise for some drama, likely some disaster, and hopefully, some 11th-hour heroics. In Saturday’s third round, Matt Jones, a man who grew up playing in the harsh and heavy winds of Australia, was the only man among the day’s final six groups who would get the better of the golf course. As those around him tumbled down the board, Jones played his final 12 holes in 2 under, shot 1-under 69, and will carry a three-shot lead into the final round.

All in all, not bad considering that midway through his front nine, Jones trailed leader Aaron Wise – who jumped out to 14 under with birdies at two of his first four holes – by six shots. The other 11 players who played in the final six pairings Saturday combined to finish 39 over par. Only two players managed bogey-free rounds. One, C.T. Pan, shot 65 and moved from T42 to T4. It was that brutal.

After a pair of opening 64s, Wise slipped to 75. He still was low man in the day’s final twosome; Brandon Hagy, who started Honda week at home in Scottsdale as the tournament’s eighth alternate, shot 76 one day after he blistered PGA National in 62 shots.

Jones had shot 61, the week’s record-tying low, on Thursday, but one could make a case his 69 on Saturday was nearly as good in its quality. The afternoon winds kicked up, affected not only full shots but putts, and danger seemed to lurk everywhere. Lots of players who got through 14 holes in decent shape were clubbed down by the Bear Trap, holes 15-17, which proved particularly fierce in the third round. No player birdied the par-4 16th hole, playing dead into the wind, and there was only one birdie on the par-3 17th.

Jones stands at 10-under 200 through 54 holes, three shots better than Wise and J.B. Holmes (67). Three players are at 6 under, and defending champion Sungjae Im (69) will start Sunday five back.

Wise, 24, was sailing along nicely until he lipped out a par putt from 15 feet on the sixth hole and then watched his bogey comebacker from 3 feet horseshoe completely around the cup and return toward him. It was jolting, frankly, and he didn’t seem to be the same player afterward. With the double, Wise’s lead was trimmed from six to four; by the time he made bogey at 15, one of four he’d make on the incoming nine, Jones owned the lead, a turnaround of seven strokes in 10 holes.

“It just played really, really hard,” Wise said. “I honestly feel like I played well. The only thing I didn’t do well was manage the wind. I felt like I hit it great with my irons, and not so great off the tee. I was out of position a lot. It added up to a big number.

“Luckily, with how I played those first two days, I’m still in it, and still have a chance tomorrow.”

Jones, 40, joked that he has 36 years of experience playing in the wind. The 2014 Shell Houston Open winner, Jones has won a pair of Australian Open titles since then. He flighted his ball well and was sharp around the greens, making some nice par saves. That was crucial, as he hit only 10 of 18 greens. He knows Sunday will a challenge every bit as difficult as Saturday was, perhaps even greater. But he seems ready to greet it.

Jones will have his hands full on Sunday. There are many chasers within reach, and PGA National often has its say in choosing a winner, too. Sunday will mark the first time that Jones will take a solo 54-hole lead into the final round on the PGA TOUR. Twice he has been a co-leader, finishing T5 and T4 on those occasions. Then again, those leads were in 2008 (John Deere) and 2009 (Honda).