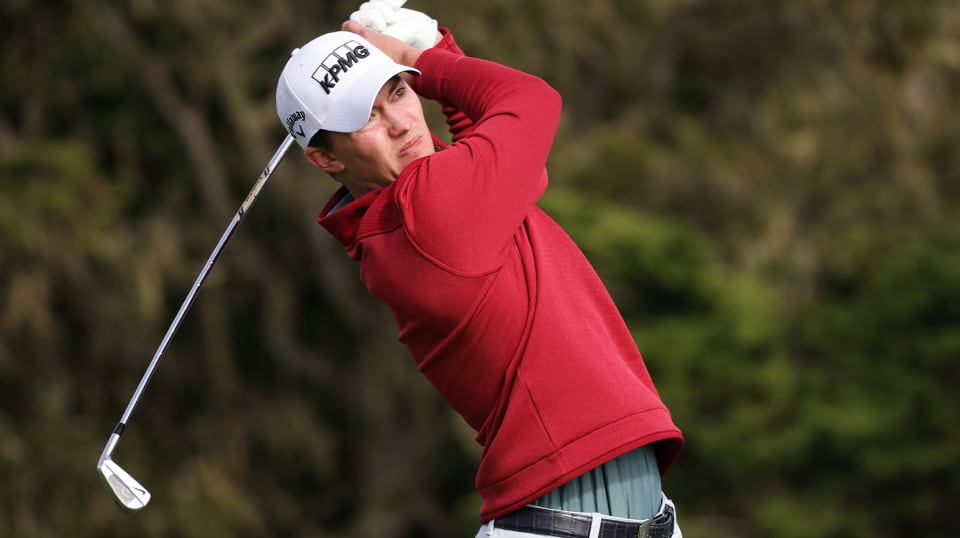 Maverick McNealy happened to see some old photographs of him caddying for his father, Scott McNealy, a few years ago in the AT&T Pebble Beach Pro-Am. His dad was playing alongside Phil Mickelson, a five-time champion at Pebble.

“I look so young. I feel so old now,” Maverick McNealy said with a grin Saturday afternoon shortly after finishing his round.

He is all of 25, mind you. A wise head on young shoulders. Back then, he was mostly worried about qualifying for his next collegiate event at Stanford, and not really entertaining thoughts of a future on the PGA TOUR. That’s something that fell into place a little farther down the road. But here he is, a PGA TOUR golfer competing at a place that is very special to him. The best part? McNealy heads into Sunday within shouting distance of leader Jordan Spieth. After a solid, 3-under 69 in the third round, McNealy is tied for seventh and trails by only three shots as he tries to hunt down his first TOUR victory.

McNealy’s round had an unfortunate turn at the par-3 fifth hole, quite literally. He tugged a wedge a little long and left from the forward tee, and his ball embedded. McNealy dropped, and he immediately identified his new lie as “precarious.” Try as he did not to disturb the grass around the ball, when he grounded his club, the ball moved slightly. A look at videotape determined the movement happening so close to his club being grounded meant it could not determined for certain that he didn’t cause the movement. So he was assessed a one-shot penalty, chipped his third tight and made bogey. It was his only bogey of the day.

He rebounded nicely, jotting all of his thoughts into the back of his yardage book (he didn’t want them floating in his head, he said) and he birdied the next hole. As for his chances on Sunday at Pebble?

“I tend to play well closer to home,” McNealy said, “and I’m just really excited to be on a golf course I’m comfortable at, with conditions I’m familiar with. It would be really, really fun to win here.”