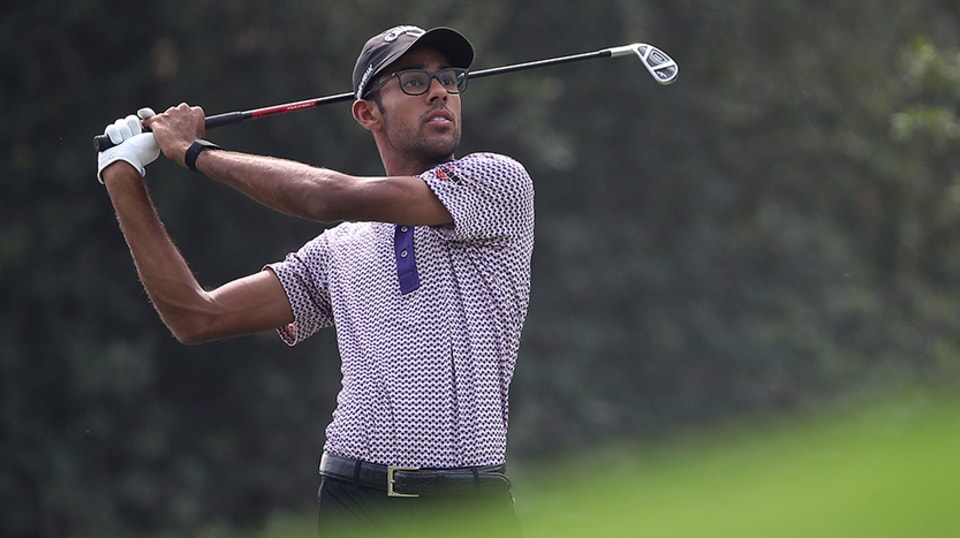 Here is a look at the four players who qualified for the Mayakoba Golf Classic presented by UNIFIN. The last spot was decided in a 9-for-1 playoff. The four qualifiers include 18-year-old Akshay Bhatia, who earlier this season finished T9 at the Safeway Open. He was the youngest player to finish in the top 10 in a PGA TOUR event since Justin Rose at the 1998 Open Championship. Other qualifiers include a player who became the youngest winner in PGA TOUR Latinoamerica history and the first player to shoot 59 on that circuit. Three of the four qualifiers are left-handed, as well.

Isidro Benitez (65)
Age: 21
College: N/A
Turned pro: 2017
PGA TOUR starts: 2
PGA TOUR earnings: $0
Twitter: N/A
Notes: Won the 113 Visa Open de Argentina presented by Macro on PGA TOUR Latinoamerica in 2018 to become the youngest winner in PGA TOUR Latinoamerica history (19 years, 9 months, 21 days) … The win qualified him for The Open Championship at Royal Portrush, where he missed the cut … Made nine of 13 cuts, with four top-25s, on PGA TOUR Latinoamerica in 2019 to finish 54th on the Order of Merit … Will be just his second start in an official event this year and first since finishing 58th in the Estella del Mar Open in March … Won back-to-back starts on the Mexican Tour earlier this year.

Drew Nesbitt (66)
Age: 25
College: N/A
Turned pro: 2014
PGA TOUR starts: 3
PGA TOUR earnings: $11,832
Twitter: @DrewNezbitt
Notes: After Monday qualifying for the Honda Classic in 2019, comedian Gerry Dee paid for his housing for the week after Drew struggled to find a hotel …  He made the cut that week on the number, helped by saving par by hitting a shot out of the water late in the second round … Won the 60 Abierto Mexicano de Golf Open in 2019 on the PGA TOUR Latinoamerica … Finished 17th on the Order of Merit on that tour in 2019 … Shot 59, 20 strokes better than his opening 79, in the 65 JHSF Alberto de Brasil Open in 2018 on PGA TOUR Latinoamerica.

Akshay Bhatia (66)
Age: 18
College: N/A
Turned Pro: 2019
PGA TOUR starts: 9
PGA TOUR earnings: $166,650
Twitter: @akshaybhatia_1
Notes: Finished T9 at the Safeway Open in September, his only made cut in nine career PGA TOUR starts … Won on the Swingthought Tour in August, his first professional win … Finished T42 at the Robert Trent Jones Golf Trail Championship on the Korn Ferry Tour in 2019, his only career start on that tour … Was a member of the Walker Cup team in 2019 before turning pro … Had a decorated junior career with multiple wins, including the Dustin Johnson World Junior Championship and the Jones Cup prior to turning pro … One of three left-handers to make it through this Monday qualifier.

Patrick Cover (67 via a 9-for-1 playoff)
Age: 24
College: UNC-Wilmington
Turned Pro: 2018
PGA TOUR starts: 0
PGA TOUR earnings: $0
Twitter: @patrick_cover72
Notes: Made a 25-foot putt on the first hole of a nine-player playoff to get through … Has two career Korn Ferry Tour starts and has missed the cut in both … Finished third at the The Classic at Callaway Gardens on the LOCALiQ series this year … Made 11 of 13 cuts on PGA TOUR China, with two top-10s and five top-25s in 2019 … The other playoff participants included former PGA TOUR winner Ben Martin, former Open Championship low amateur Jordan Niebrugge, Spencer Levin, Wade Binfield, Evan Harmeling, Ben Silverman, Brian Davis, and Cole Madey.

PGATOUR.com talked with Chris Wilson about what it was like to caddie for Nesbitt after a Monday qualifier and how he is getting to Mexico.

PGATOUR.COM: Do you guys have an agreement that if he goes to a Monday and gets through, you will caddy for him?

Wilson: Yeah, basically.  Guys are usually scrambling for a caddy after they Monday, so I don’t want Drew to have to deal with that.  If I can find a way to get there, I will.  We lived together for four years now.  I didn’t even know him before we started living together.  A friend called me and said he needed a place to stay and I met him for the first time when he showed up at my door.  And we became best friends.  This year I decided to take a job as director of instruction at a club in Canada and he kept pursuing his playing career.  It’s great that he has another opportunity.

PGATOUR.COM: Today has been a pretty hectic day for you, walk us through how your day went today and how you are getting to Mexico?

Wilson: Like I said, I work as director of instruction in Ontario so obviously in Canada there is a lot of snow now so I was working a side job.  I was laying tile and keeping an eye on the scores, I saw he came in with a 66 so I asked to leave early.  I caught a last-minute flight to Toronto tonight.  I’ll stay overnight in Toronto tonight, catch a flight to Philadelphia in the morning and then jump on a flight to Mexico.  I get in like one in the afternoon and we will head out for a practice round in the afternoon.  It’s a little hectic for sure, but nothing I haven’t done before and it’s a great opportunity.

NOTES FROM OTHER TOURS:

The LOCALiQ Series wrapped up its season at the LOCALiQ Tour Championship.  David Pastore, who missed at the RSM Classic Monday qualifier by one, was the winner.   The win earned him an exemption into a PGA TOUR event in 2021.

The PGA TOUR Latinoamerica resumes their season next week at the Shell Open in Doral, Florida.