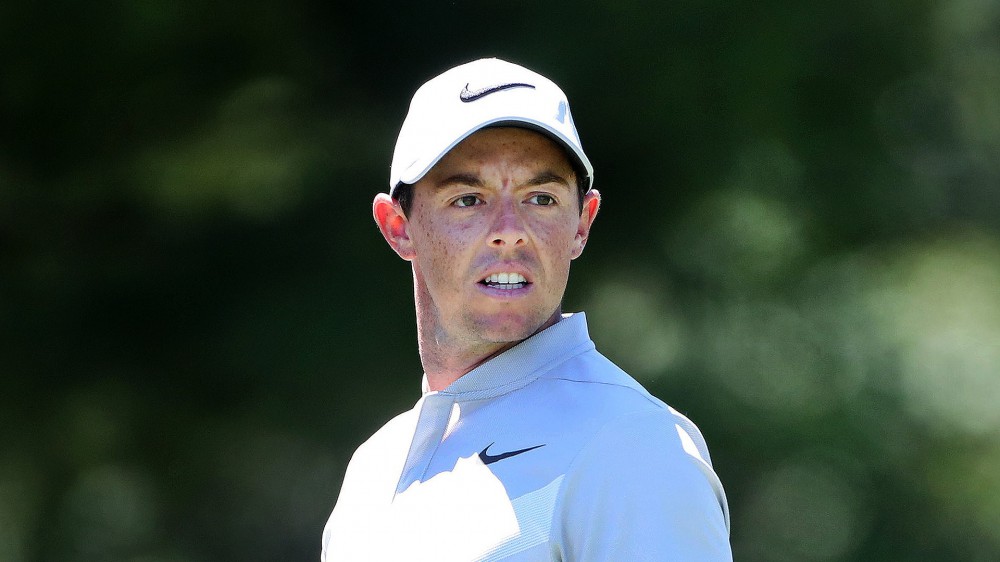 On a day when 8 under led and more than 100 players broke par, there were plenty of birdies to be had at the DDF Irish Open. But most of them evaded the tournament host.

Rory McIlroy carded two birdies against two bogeys during his opening round at Portstewart Golf Club, an effort that left the Ulsterman eight shots behind Daniel Im and in danger of missing the cut in the tournament that benefits his charitable foundation.

McIlroy played alongside Jon Rahm and Hideki Matsuyama, and while those two combined to shoot 12 under, McIlroy explained that he was “pretty frustrated” with an effort that included 11 straight pars to close.

“I felt like the course was out there to shoot a really low score, especially when you’re playing with Jon and Hideki and they’re shooting 7 and 5 under,” McIlroy told RTE Sport. “I felt like I was going backwards just being at level par. It was just one of those days where I felt like I hit the ball pretty well, I just couldn’t get anything going. No momentum really was going my way.”

McIlroy won this event last year at the K Club, and he once again has pledged to donate any earnings from this week to his charitable foundation. But if he’s going to stick around for the weekend as a player in addition to host, he’ll need to quickly channel the form that led to a final-round 64 at the Travelers Championship in his most recent start.

“I think you can be aggressive on this golf course obviously. I mean, there’s guys that are shooting 8 and 7 under par out there,” he said. “Put it in the right spot, give yourself chances and that’s really it. Just try to make as many as you can.”