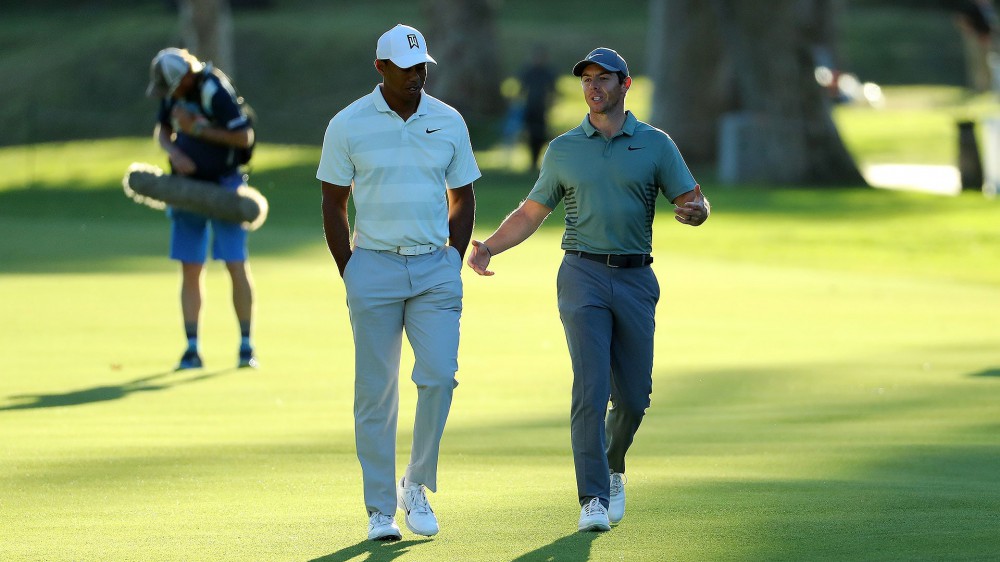 LOS ANGELES – After getting an up-close-and-personal look at the organized chaos that follows Tiger Woods around a golf course, Rory McIlroy believes the 14-time major champ may be playing at a disadvantage these days.

McIlroy and Woods were grouped together for the first two rounds at the Genesis Open, during which McIlroy moved into contention while Woods faded to a missed cut. With well-hydrated fans still screaming his name from various corners of the Riviera Country Club clubhouse, McIlroy told reporters that the buzzing galleries ultimately have a negative impact on Woods’ score.

“I swear, playing in front of all that, he gives up half a shot a day on the field,” McIlroy said. “Like, it’s two shots a tournament he has to give to the field because of all that that goes on around.”

McIlroy heads into the weekend five shots off the lead, while Woods is now relegated simply to tournament host duties after a 5-over 76 in the second round. The Ulsterman reiterated that he believes Woods is “close” to firing on all cylinders, and will likely glean more “sharpness” from further tournament rounds that will continue with next week’s Honda Classic.

Crowds will always follow Woods on the course, but they were especially full-throated during Friday’s afternoon round at Riviera that was pushed back 20 minutes because of slow play and ended only a few minutes before sunset.

“Just the whole thing. You’ve got a 6-foot putt and guys say, ‘It doesn’t break as much as you think.’ Just stuff like this that they don’t have to say,” McIlroy said. “You know, whoever’s teeing off at 8:30 in the morning doesn’t get that and can just go about his business and just do his thing. That’s tough. He has to deal with that every single time he goes out to play.”

After walking stride for stride with Woods, Justin Thomas and a few thousand of their closest friends for 36 holes, McIlroy had nothing but sympathy for Woods’ plight which likely won’t get much easier next week at PGA National.

“It’s tiring,” McIlroy said. “I need a couple Advil just to – I’ve got a headache after all that.”