ORLANDO, Fla. – As he gets set for another shot at rounding out the career Grand Slam, Rory McIlroy is seeking inspiration from any source he can find – even if it means delving into the U.S. history books.

McIlroy is back at Bay Hill to defend his Arnold Palmer Invitational title, one that still stands as his most recent worldwide victory. But much of the Ulsterman’s pre-tournament press conference focused on next month’s Masters, where he’ll once again look to snag the lone major title that has eluded him.

McIlroy has made 10 Masters appearances in his career, including 2011 when he blew the 54-hole lead in disastrous fashion. He has gone to Augusta National each of the last four years with the Grand Slam on the line, coming away with a top-10 finish each time but finishing short of a green jacket.

McIlroy will turn 30 in May, and he dipped his toe into political waters by citing Abraham Lincoln as an example of persistence paying off.

“I’ve become comfortable with the fact I’ve tried four times and I’ve failed,” McIlroy said. “But Abraham Lincoln lost the first 13 elections he was ever in. He wound up being the President of the United States. So I’ve still got a bit of time.”

While McIlroy’s sentiment has merit, his math may have been a little inflated. Lincoln lost several elections, including U.S. Senate bids in 1854 and 1858, but the actual number of defeats was well shy of 13. Those losses also came amid some victories, as Lincoln served in the Illinois state legislature in the 1830s and the U.S. House of Representatives in the 1840s before being elected president in both 1860 and 1864. 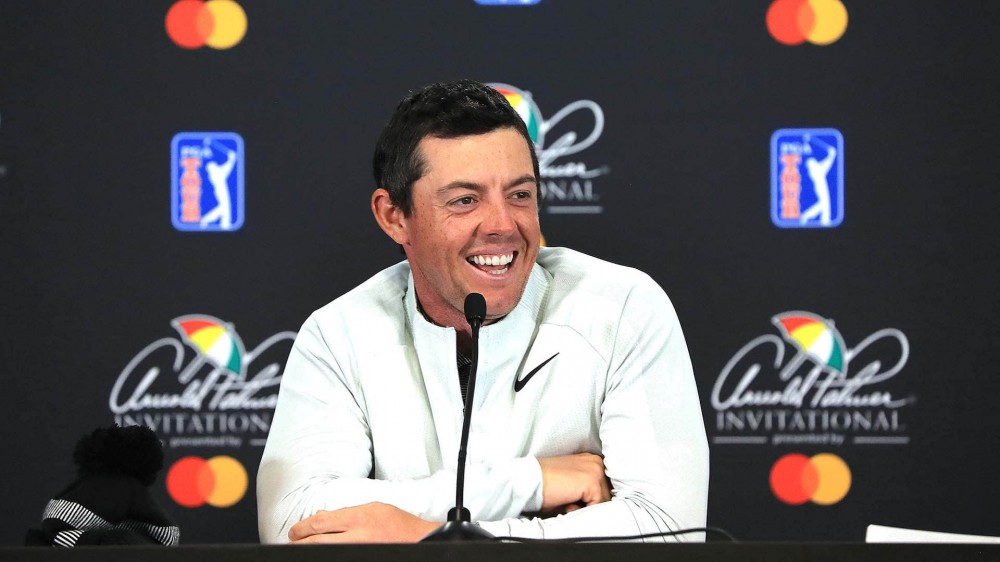