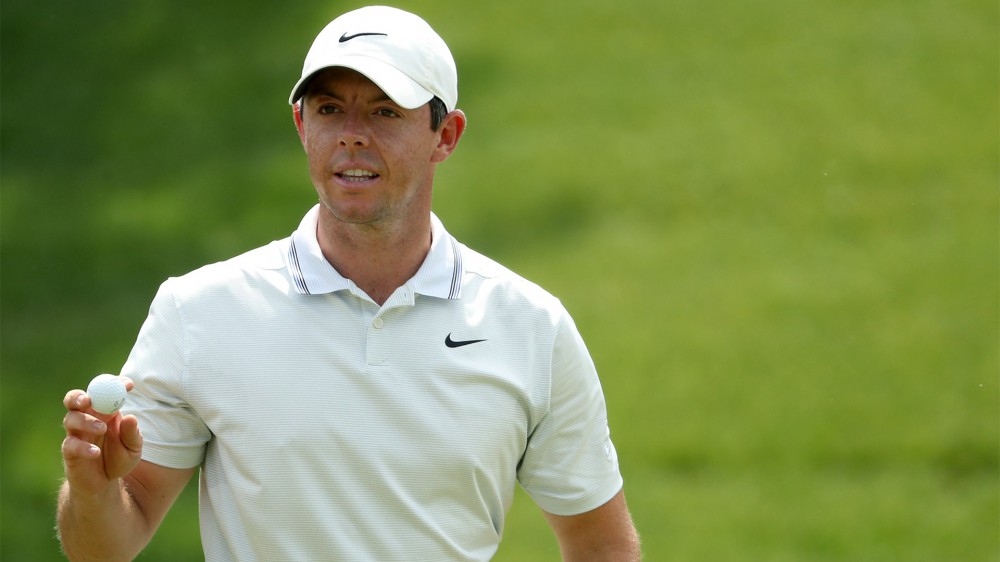 CHARLOTTE, N.C. – The celebration began almost the moment Rory McIlroy arrived at Quail Hollow Club on Saturday with a birthday cake and a collection of presents.

The festivities continued onto the first tee when the crowd serenaded the freshly minted 30-year-old by singing “Happy Birthday” to the Northern Irishman. He completed his day in near darkness with a small group of fans offering another rendition.

In between the celebrations and well-wishes, McIlroy managed to remain in the hunt for his third victory at the Wells Fargo Championship with a third-round 68 that left him alone in fifth place at 9 under par, two shots off the lead.

“It’s awesome. I’m really grateful,” McIlroy said. “I really felt the love out there. Celebrate another decade of my life and I get to do it on one of my favorite golf courses in the world, it’s pretty cool.”

McIlroy won his first PGA Tour event in 2010 at Quail Hollow, two days before he turned 21, and he added his second title in 2015, when the event was played a week after his birthday.