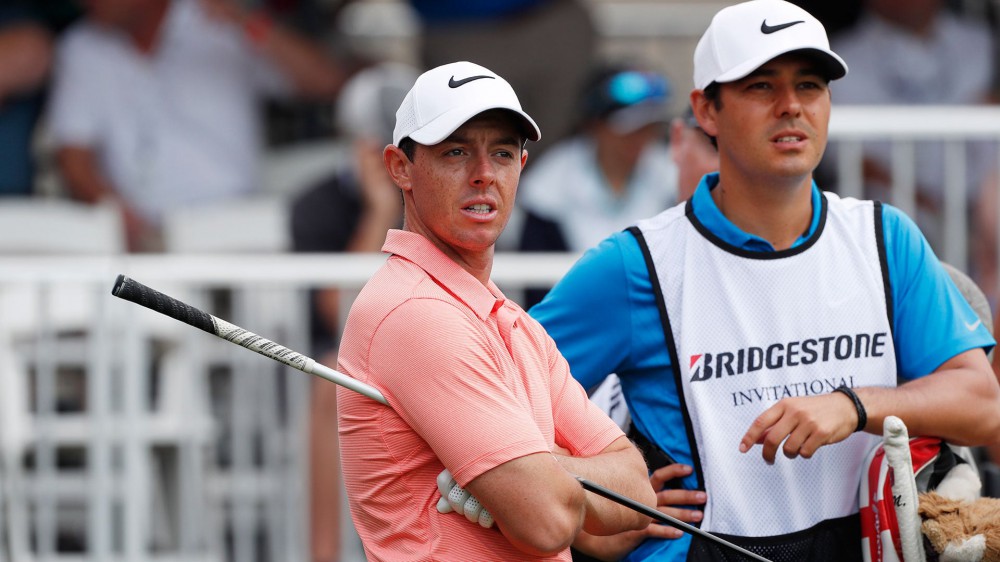 AKRON, Ohio – Through 36 holes of the WGC-Bridgestone Invitational, Rory McIlroy has succeeded in shifting the focus from the man carrying the bag to the man hitting the shots.

McIlroy didn’t have a flashy afternoon, but flashy is not a prerequisite on the punishing South Course at Firestone Country Club. His 1-under 69, highlighted by a chip-in birdie on the 16th, left him at 4 under heading into the weekend with only Jimmy Walker (7 under) and Thomas Pieters (5 under) ahead of him in the standings.

After the round, McIlroy admitted that a day that included 4 hours and 54 minutes of weather delays took its toll on the marquee grouping that also included Jordan Spieth and Jason Day.

“It was tough,” McIlroy said. “I think that once we got back out there after the delay, I think everyone was feeling a little bit flat. The players, the spectators, everything just sort of felt a little flat. I didn’t help myself by missing a few chances as soon as we came back out here. I needed to just try and keep myself going, and luckily found one birdie coming in.”

The attention surrounding McIlroy earlier in the week centered on Harry Diamond, who took over as caddie after McIlroy split with longtime looper J.P. Fitzgerald. Through two rounds the men have displayed the type of easygoing rapport you might expect from two childhood friends.

With a new man on the bag, McIlroy has managed to build upon his T-4 finish at Royal Birkdale and now has a chance to leave Firestone with trophy in hand by week’s end, just as he did in 2014 in his most recent appearance in the Rubber City.

“I fully expected to come here and play well,” McIlroy said. “I felt like my game has been pretty good, and coming to a golf course where I really, I love this place. I’ve won here, I’ve played well here. So yeah, to be T-3 and have a chance going into the weekend, I’m happy with that.”