McIlroy trails Fitzpatrick by one through 54 at Bay Hill

Matthew Fitzpatrick will take a one-shot lead over defending champion Rory McIlroy into the final round of the Arnold Palmer Invitational on Sunday. Here’s where things stand through 54 holes at Bay Hill:

What it means: Fitzpatrick is a 24-year-old, five-time European Tour winner in search of his first PGA Tour title. He was passed over as a potential captain’s pick for the European Ryder Cup team in September and responded by successfully defending his Omega European Masters title that same week. A win Sunday would give Fitzpatrick, 43rd in the world, his first U.S. title and mark his fifth straight year with at least one win. He’ll be chased on Sunday by the defending champion, McIlroy, whose last worldwide victory came at Bay Hill last year, when he blew away the field with a final-round 64 to win by three. A win Sunday would mark the first time McIlroy has successfully defended a title in his professional career and give him his 15th PGA Tour victory.

Round of the day: McIlroy raced into solo second on the strength of a seven-birdie, one-bogey, 6-under 66. He birdied four of his first six and then went eight straight holes without another before circling Nos. 15, 16 and 18 on his way into the clubhouse. His 66 was matched by Chris Kirk (-6) and Tyrrell Hatton (-5).

Best of the rest: Fitzpatrick staked himself to the outright 54-hole lead with a bogey-free 67. He is fifth this week in strokes gained: around-the-green and first in scrambling, having gotten up and down 18 of 21 times.

Biggest disappointment: The final pairing of Keegan Bradley (75) and Tommy Fleetwood (76) combined to shoot 7 over. Four clear of everyone else in the field when they started the third round, they’ll start Sunday three and four behind Fitzpatrick, respectively.

Shot of the day: Baddeley’s holeout from the bunker at the par-3 14th, giving him his third birdie in a row:

Quote of the day: “If you come to Orlando, and you don’t go to the parks, you’re sort of missing out on something. Erica told me last year, the only reason I won this event is because we went to the Magic Kingdom on Friday. So I thought, let’s go back to Disney and have a good time again.” – McIlroy

Storyline to watch Sunday: The Arnold Palmer Invitational is making its first appearance as part of the Open Qualifying Series. The three best finishers inside the top 10 and ties on Sunday who are not already exempt into the year’s final major will earn a trip to Royal Portrush in July. Of the 15 players currently currently inside the top 10, Fitzpatrick, McIlroy, Wallace, Kisner, Rafa Cabrera Bello, Hatton, Bubba Watson, and Bradley are already exempt. 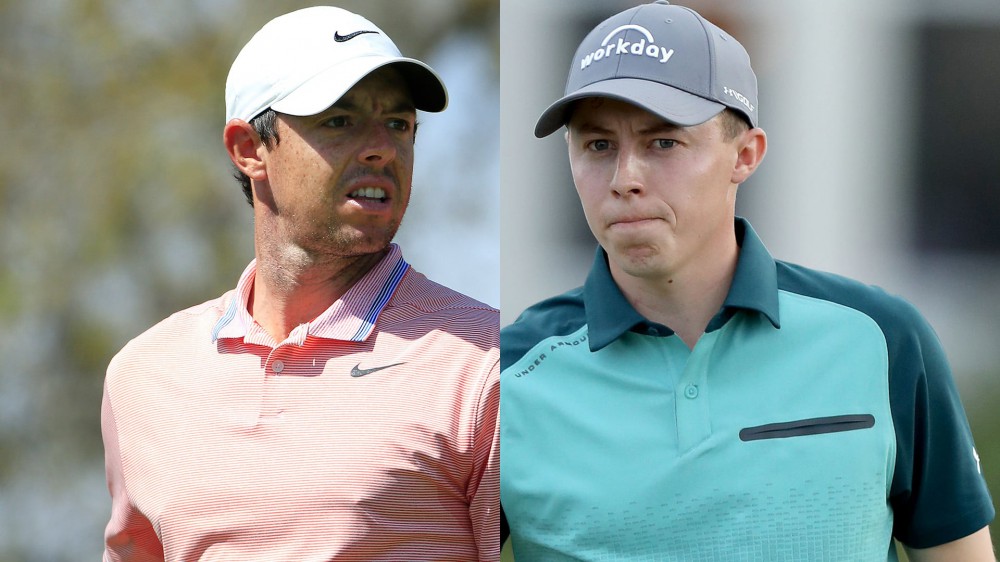