FARMINGDALE, N.Y. – After another trip around the Black Course replete with plenty of thumbs up, Phil Mickelson was nothing but smiles when asked about the ambiance of this week’s PGA Championship at Bethpage. But Lefty isn’t quite ready to consider his role in the proceedings when it hosts the Ryder Cup in 2024.

Mickelson struggled over the weekend on a demanding layout, shooting consecutive rounds of 76 to finish the week at 12 over. It meant he finished his round well before tournament leader Brooks Koepka teed off in front of the raucous New York crowds.

Mickelson was vocal following the 2009 U.S. Open at Bethpage that the Black Course would make a great Ryder Cup venue, and he’s eager to see it play out in five years when he’ll be 54 years old. But he hasn’t yet given thought to potentially captaining the American squad that year.

“I haven’t looked that far down the road. I just know that the crowds here are going to provide such a great home course advantage, and I’m excited that the PGA of America made that decision,” Mickelson said. “I mean, you look at the way it is for a PGA Championship, and you can only imagine what it’s going to be like for a Ryder Cup.”

Mickelson played last year’s Ryder Cup as a captain’s pick, and he has played in every edition of the biennial matches dating back to 1995.

Mickelson played the final round alongside fellow Arizona State alumnus Paul Casey, who returned to the European Ryder Cup team last fall after a 10-year absence. Mickelson’s captaincy in ’24 is a popular theory given the adulation fans in this area throw his way, and it’s one that Casey could see coming to fruition.

“I think Phil has a big impact being on home soil if he were to be a captain,” Casey said. “I mean, he could play. He could be a playing captain.”

Mickelson will now turn his attention to Pebble Beach and next month’s U.S. Open as he looks to round out the final leg of the career Grand Slam, but the prospect of returning to Long Island to battle in match-play format in front of partisan crowds is one he’s clearly looking forward to.

“I can’t wait to see it,” Mickelson said. “Whether I’m watching it, a part of it or whatever. I just think it’s such a great venue. I love coming out here and being a part of these events because the people here make them so special.” 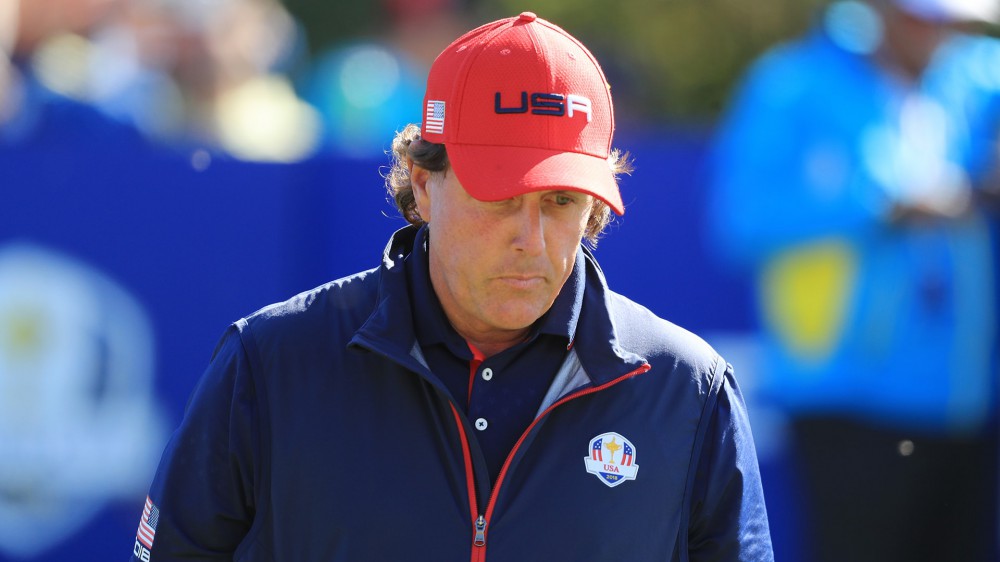 Golf Central Podcast: Let’s look ahead to 2021, for Tiger Woods and the PGA Tour