Missed putt has Spieth excited about form in Houston

HUMBLE, Texas – Jordan Spieth has made plenty of putts in his young career, but it was actually a miss early in his opening round at the Houston Open that gave him reason to grin.

When Spieth failed to convert a 14-foot par putt on the third hole at the Golf Club of Houston, his 12th of the day, he immediately turned to caddie Michael Greller and offered a positive spin.

“I told him that was one of the best feeling putts I’ve hit in a year,” Spieth said. “Sometimes you just get off in alignment and your eyes don’t match the putter, and that’s where I’ve been. That’s where I’ve been working hard to get back. It was certainly a step forward today.”

Spieth bogeyed the next hole after his epiphany, but it wasn’t long before things clicked. He birdied each of his last three holes to turn a pedestrian round into a 4-under 68 that left him three shots off the early pace.

Spieth spoke early in the week about the need to fire a low round to build some momentum for next week’s Masters, and he took a big step toward doing just that with his opening round.

Spieth is one of the few big names who have yet to tally a victory in the early part of 2018, as he continues to preach that his form is close while the results remain just a step below expectations. Having turned a playoff loss here in 2015 into a green jacket a week later, he’s keen on remaining in contention over the weekend but won’t allow his thoughts to drift too far down Magnolia Lane.

“I thought today was a very positive day for me, and certainly excited about what the rest of the week holds now,” Spieth said. “So I’m just going to stay very present this week, not think about next week at all because what I did today was successful and that’s what I’m hoping to keep doing.” 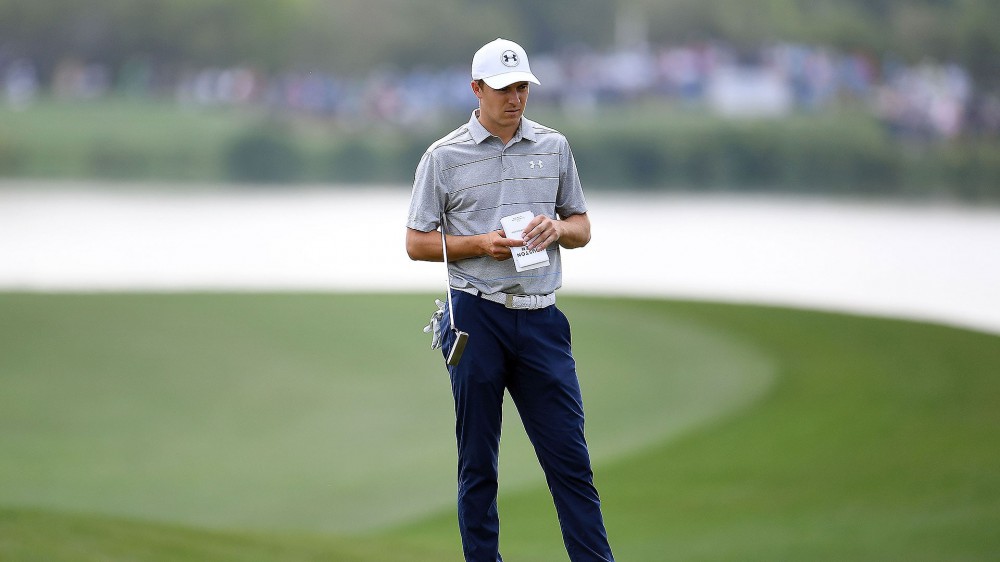