HONOLULU – Uninspired. That’s how Keith Mitchell summed up his first 33 holes at the Sony Open.

His opening 68 included three bogeys and just two putts over 10 feet. And by the time he reached the par-3 seventh Friday, his 16th hole of the day, he was stuck at even par.

But then, Mitchell’s tee shot from 162 yards narrowly cleared a bunker in front of the green and rolled in for a hole-in-one.

“Hit it exactly how I wanted to, and the wind wasn’t pushing it,” Mitchell said. “It just disappeared.”

Mitchell next rolled in a 16-footer for birdie at the eighth, but when his drive found the left rough at the par-5 ninth, he was just hoping not to make a mess of the closing frame.

“We were just trying to get it over the top of the palm trees,” Mitchell said. “We took an 8-iron; didn’t expect it to get all the way to the green. Came out hot, and then the fairways are so firm out there that it just rolled all the way to the front of the green and was just a left-edge putt and hit a good one.”

Thanks to the closing eagle, Mitchell finished with a 5-under 65 to move into a tie for ninth place at 7 under, seven strokes behind leader Matt Kuchar.

“I know I was playing good the first 33 holes and just wasn’t getting a lot out of my game,” he said. “Definitely helps take me off the cut line really and to move me into a good position going into the weekend.” 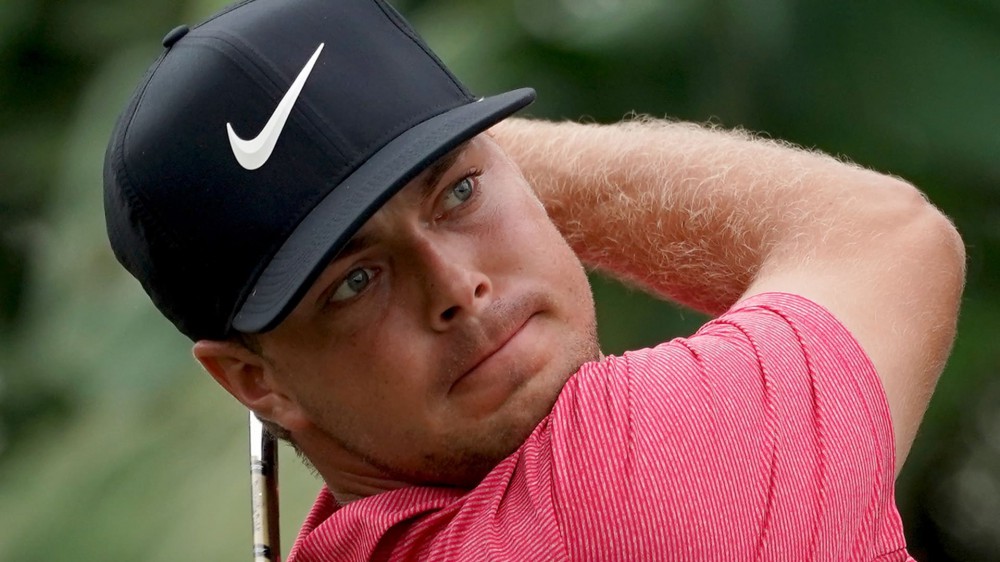