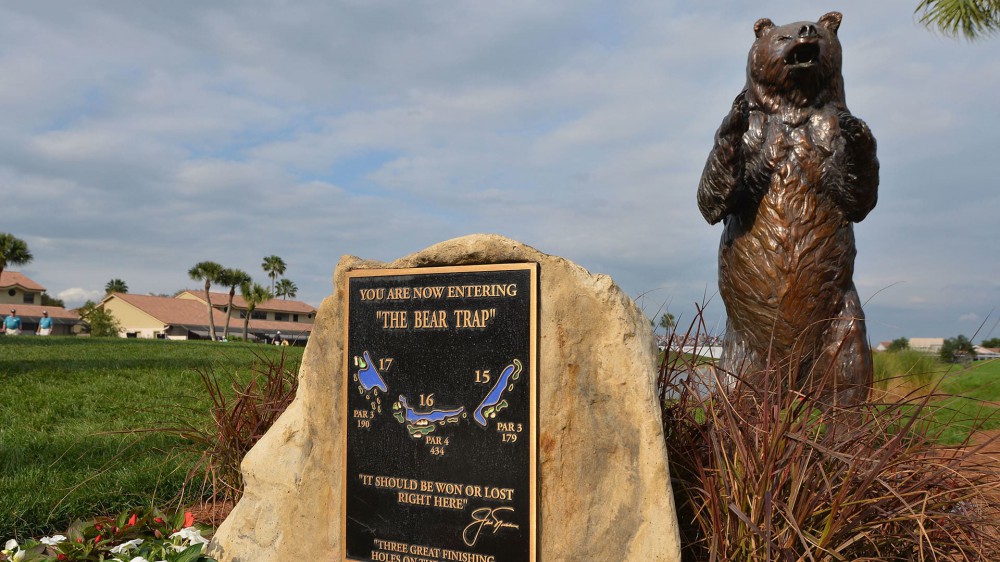 PALM BEACH GARDENS, Fla. – The Bear Trap’s party hole shouldn’t be quite as daunting this year.

The Honda Classic moved up the tee box at the PGA National Champion Course’s 17th hole and rebuilt the seating around the party pavilions.

The scorecard yardage is now 175 yards, but it will probably play even shorter, perhaps as short as 150 yards with a front pin location, which feels like a reprieve for Tour pros who typically face tough crosswinds playing to a green guarded front and right by water. The hole played to 190 yards on the scorecard last year.

“Padraig Harrington gave me a hug when I told him we are moving up the tee box,” Honda Classic executive director Ken Kennerly said. “It’s better for the players and the fans.”

The bleachers also have been reconstructed, helping add to the amphitheater feel there, but the tee box no longer sits so formidably close to the fans. Theirs is more of a buffer now.

“We always joked that it was a pretty tough 4-iron into a back, right pin when somebody was spilling a vodka cranberry on you in your backswing,” Graeme McDowell said. “I think it’s great. The hole is plenty difficult from the up tee in the swirling winds we get here.”

In the past, McDowell said the standard shot was a 6-iron there. Now, it’s an 8-iron.

That isn’t the only reprieve players will be getting this week.

The rough is down this year, cut to 2¼ inches. Plus, Kennerly pushed for new greens, and PGA National rebuilt them after last year’s event, with new Tifdwarf Bermuda grasses, in a $1 million reconstruction. There were complaints about the aging greens a year ago.

“Ken’s done a great job listening to the players and their concerns,” Billy Horschel said.

With moderate winds forecast this week, and with the light rough, there’s a possibility scoring could be lower than the tournament has seen in some time. Horschel, however, wonders if the firmness of the new greens will actually add to the scoring challenge.

Justin Thomas won with an 8-under total last year. The winning score has been single-digits under par in five of the last six years.

“The greens are in fabulous shape, but they’re so firm it will be tough to get close to the hole,” Horschel said.