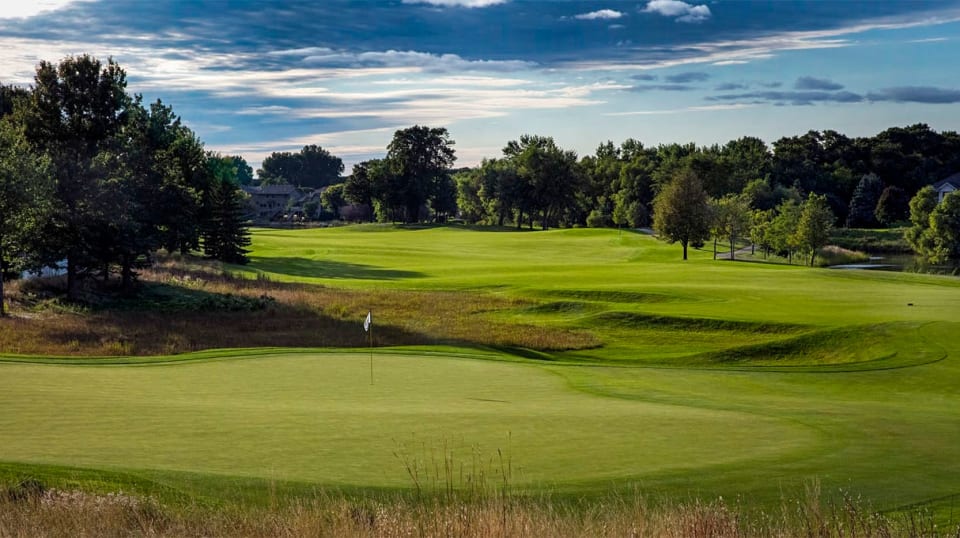 Here is a look at the two players who Monday qualified for the 3M Open.  There are two spots available at each Monday Qualifier after the COVID-19a break.

Jake Kneen
Age: 24
College: Oakland University
Turned pro: 2018
PGA TOUR starts: 0
PGA TOUR earnings: $0
Twitter: @Kneener96
Notes: Opened the Monday Qualifier with an eagle, after knocking in a wedge from 120 yards … Drove 11 hours from Michigan with his mother Tuesday and played in the Pre-qualifier Thursday … Shot 65 on the same course Thursday to get through to the Monday Qualifier … Did not have a place to play between Pre-Q and Monday Q, so he hit range balls each day … This will be his first start on any of the PGA TOUR sanctioned tours … When asked what his expectations were for the week, he said “I’m a really optimistic person, I believe in myself, so we will see what happens” … Won the Michigan Open as an amateur in 2018 … Has nine wins on the Moonlight Tour in Florida … Also has win in a three-day event on the Florida Pro Tour … Had three consecutive runner-up finishes on the Michigan Players Tour this summer in between playing Monday Qualifiers … Was named Horizon League Player of the Year in 2018 at Oakland … Averaged 72.70 as a senior … His freshman year at Oakland was named Freshman of the year for the Horizon League.

Aaron Crawford
Age: 25
College: None
Turned pro: 2012
PGA TOUR starts: 0
PGA TOUR earnings: $0
Twitter: N/A
Notes: Crawford turned pro after high school … Has played 11 career Mackenzie Tour-Canada events with two made cuts, both coming in 2018 … He has one career Latinoamerica Tour start, a missed cut … Has set five different course records in three different countries (Canada, U.S., Mexico) … Held a course record in Canada at the age of 16 … Has five competitive rounds of 61 … Has played mostly on the Outlaw Tour in Arizona, where he has five wins … Won the money title on that tour during the Winter season of 2018 … Finished second on the money list in 2018 for the regular season … This year has a win, two seconds, and two thirds … In 2018 won the Major Series of Putting and the $25,000 first place prize … Has caddied for PGA TOUR member Martin Trainer since returning from the COVID-19 break … Originally from Calgary, Alberta.

A quick chat with Aaron Crawford after he Monday qualified at the 3M Open:

PGATOUR.COM: Let’s talk about your decision to turn pro right out of high school. Why did you decide on that instead of the more traditional route of going to college?

AARON CRAWFORD: “I knew even back then that I wanted to play golf for a living.  There wasn’t a backup plan. This is what I wanted to do. Being Canadian also made it a little easier. I didn’t really have a school in mind. There were a couple of American schools that I looked at but decided to turn pro. I had no interest in getting a degree I didn’t really want. There is no degree that is going to get you closer to the PGA TOUR, in my mind, at least at that time. So I decided to turn pro. I had my parents behind me the first five years and I thought let’s give it a shot.”

PGATOUR.COM: Looking back now that you are eight years removed from that decision, was your game ready to compete on this level?

CRAWFORD: There was no way my game was even close to ready to compete with the best in the world. But I am still doing this because there is no backup plan.  This is my career, and this is the path I have chosen. Today it worked out better than most days.”

PGATOUR.COM: That first year as a pro, was there a particular moment that you remember that made it realize it was harder than you thought?

CRAWFORD: “I turned pro in, I think, October of 2012, and I went and did the Swing Thought Tour in Orlando. I think I did 12 events, and I missed 12 cuts. And after about four event,s I was working so hard but still missing cuts. I found out REAL quick how tough pro golf was.”

PGATOUR.COM: Do you look back at times like missing your first 12 cuts and were glad you went through them? Have experiences like that maybe exposed what you needed to work on?

CRAWFORD: “Oh, for sure. Times like that make the good times that much better.  There were some pretty low points early on. I mean, if I got to the PGA TOUR two years after turning pro, I don’t think I would appreciate things like today as much as I do. Today was very rewarding and I appreciate it that much more, I think. I have definitely had some downs but today validates that I am on the right path.  Although I am playing in a PGA TOUR event, I’m not on the PGA TOUR yet. I am a long way from where I want to be but it’s another steppingstone along the way.”

PGATOUR.COM: You have been caddying for PGA TOUR winner Martin Trainer since the break. How did that come about?

CRAWFORD: “I’ve known Martin for seven years and we were practicing, and I didn’t have much to do with Mackenzie Tour season being cancelled and he was looking for a caddie. I thought caddying would be a good way to learn and get comfortable with being around the best players in the world.  And so far, it seems to be working.”

PGATOUR.COM: Did you have time to practice while caddying for Martin, and if so, what did a typical week of practice look like for you?

CRAWFORD: “So, I was working for Martin, and so I didn’t get a ton of time to practice. He is not playing his best golf right now, so I was able to get some practice in on the weekends.  But no more than twice a week. Last week I had the week off though, and so I got a lot of work in last week. I also travel with a putting mat, so my putting is usually dialed in. That is about it though.”

PGATOUR.COM: Can you learn things from being so close to a PGA TOUR member that is struggling?

CRAWFORD: “Absolutely, it takes me back to the times I was struggling and missing cuts. He has done such a good job of handling it and I have learned from that. There are so many more people watching him, and that adds to the pressure, so it’s been a learning experience of watching him go through that. I will say, he is really close; he will be playing really well again soon.”

PGATOUR.COM: What are the goals for this week?

CRAWFORD: “I can’t control the cut line. I can’t control what it will take for a top 10. My goal is to hit it to the best of my ability. I find it’s very easy to get ahead of yourself in this game. Of course, I’d love to make the cut, get a top 10 and get into whatever the next event is, that’s ideal obviously. There is no point in looking that far ahead though.”

NOTES FROM OTHER TOURS
Max Rottluff finished T24 at Korn Ferry Tour’s TPC San Antonio Championship at the Oaks after Monday Qualifying and is exempt into the Price Cutter Championship presented by Dr Pepper this week.