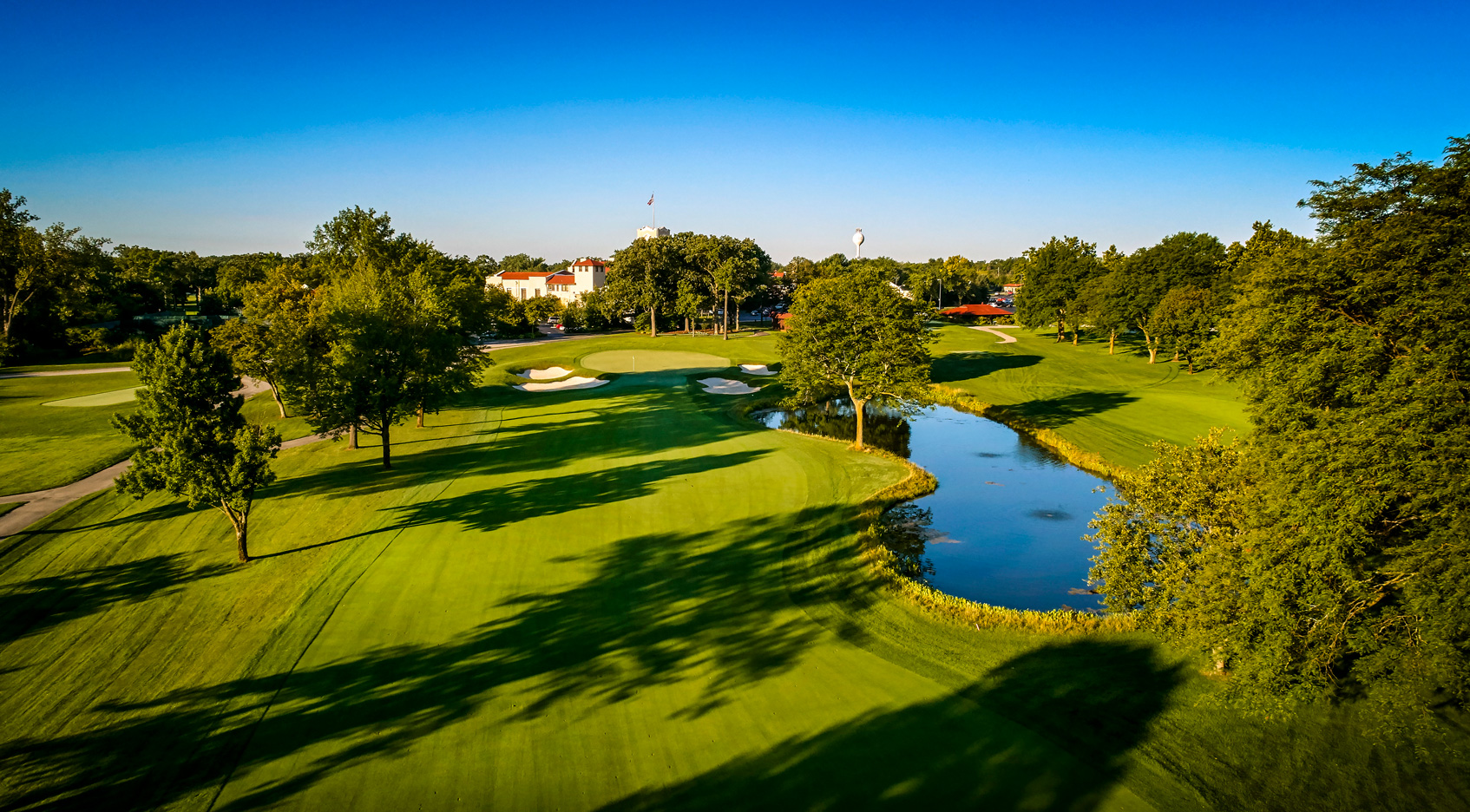 Golf isn’t the first sport that comes to mind when Amos Alonzo Stagg is mentioned. After all, he’s in the College Football Hall of Fame – as both a player and coach. He’s also in the Basketball Hall of Fame, among the first group of inductees in 1959. He played baseball while attending Yale; oh, and he also invented the batting cage.

He was a charter member at Olympia Fields but was more likely to be seen on the tennis courts than the fairways. Still, he did make a significant impact at the club.

He came up with the name.

Stagg was the head football coach at the University of Chicago when Charles Beach began the process of developing his new club. Stagg was then unanimously voted as the club’s first president. As for the club name, Stagg proposed “Olympia” (with “Fields” added later). In a written explanation for the name’s origin, Stagg compared the idealism of ancient Olympia to the modern-day one in Chicago.

Early members at Olympia Fields certainly were fired up to play golf. One took it to the extreme – he camped out overnight in a tent among the oak trees at the club one weekend. Soon, others joined him and eventually, the canvas tents grew to 31.

The club decided to offer more permanent structures. By 1925, all the tents were gone and 65 cottages became available for overnight stays.

In the 1928 U.S. Open at Olympia Fields, Bobby Jones was seeking his third U.S. Open title but was denied by Johnny Farrell in a 36-hole playoff – the first year the organization had used that tiebreaker format. Evidently, USGA officials didn’t leave with a favorable impression, as it took 75 years before Olympia Fields hosted another U.S. Open.

Still, there was at least one lasting hook – the creation of the tournament program. Celebrated Chicago sportswriter Herb Graffis, who had launched two golf publications with his brother Joe earlier in the decade, developed and produce the first Open program for his hometown Open.

According to Graffis’ 1975 book, “The PGA,” the Olympia Fields program was immensely popular, generating nearly as much money as the ticket sales. As for Graffis, he was inducted into the World Golf Hall of Fame, his biography referencing his approach toward golf literature: “The most important guy was the one reading it, not the guy who was being written about.”

The BMW Championship was formerly known as the Western Open, the legendary tournament created by the Western Golf Association in 1899. Olympia Fields has hosted the tournament five times:

Nicklaus’ win ended a 1968 drought that started with 16 consecutive starts without a victory – an eternity for the Golden Bear back then.

“I was hoping I wasn’t going to get through the year without a victory,” Nicklaus said after his win. “And I’m glad it happened on such a nice golf course. A player likes to win any tournament, certainly, but you’re prouder to win, I guess, on a real good course.”

In the week leading up to the 1925 PGA, Gene Sarazen inquired about buying Olympia Fields. Saying he represented a Wall Street syndicate that wanted to turn the club into a public course, Sarazen offered $3 million. When that was turned down, he offered $3.5 million.

“During the last two months, Olympia Fields has turned down two offers of $4 million for the property and clubhouse,” a club official told the Chicago Tribune.

In the years after the 2003 U.S. Open, conditions on the North Course’s greens deteriorated. When Sam MacKenzie arrived in 2006 as Director of Grounds, he immediately began to solve the issues.

“I set about creating a maintenance regimen that emphasized sound turf management practices to repair the turf and restore the golf course,” MacKenzie told Golf Course Magazine. “I think it is safe to say we restored more than turf that first summer — we restored confidence in the grounds department as well.”

Less than 10 years later – and on its 100th anniversary — Olympia Fields hosted the U.S. Amateur won by DeChambeau. Its most recent major was the 2017 Women’s PGA Championship, won by Danielle Kang.