INCHEON, South Korea – The Rolex world No. 1 Sung Hyun Park vs. No. 2 Ariya Jutanugarn showdown was such a big success at the UL International Crown Sunday, the LPGA is rewarding Korean fans with a sequel.

And this time they’re throwing Brooke Henderson into the mix for added fun.

Park, Jutanugarn and Henderson will go off in the final grouping on the first tee in Thursday’s start of the HanaBank Championship at Sky 72 Golf Club’s Ocean Course.

Jutanugarn defeated Park, 2 and 1, in singles play at the International Crown, with a massive gallery following them.

“It’s unbelievable how the crowd came out to support all the Korean players, and all the players,” Jutanugarn said. “I’ve never seen that many people before.”

Jutanugarn rallied on the back nine to win.

“I got a lot more confidence from last week,” she said.

The world No 1 ranking is up for grabs this week with just 65 hundredths of a point separating Park, Jutanugarn and world No. 3 So Yeon Ryu in the world ranking averages. All three have a chance to leave the event with the top ranking.

There’s a lot expected of Park yet again.

As one of four Koreans who won the UL International Crown in her homeland Sunday, she has a quick turnaround from the emotional triumph.

“Now that it’s all over, I feel a great sense of relief,” Park said.

That’s because the Koreans were under so much pressure to win at home.

“The fans were out supporting us, and I think that’s what drove the team to victory,” Park said.

Park, 25, will enjoy massive support again this week. She is the biggest draw in Korean golf.

Jutanugarn, 22, and Henderson, 21, will help Park pack the grouping with some of the most firepower in the women’s game. They’re all long hitters who have combined to win eight times this season (Park and Jutanugarn three times each, Henderson twice).

“I had a really good finish here last year (T-8),” Henderson said. “Hopefully, I’ll go out and make a lot of birdies and just kind of see what happens.” 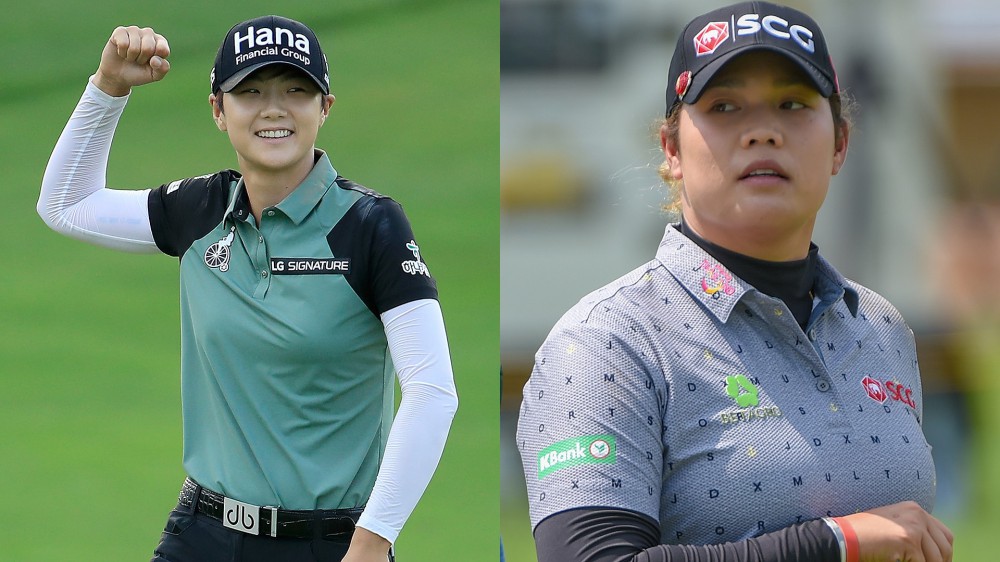