One word can describe Spieth going 75-66

KAPALUA, Hawaii – There were a number of things Jordan Spieth could credit for his Day 2 turnaround at the Sentry Tournament of Champions, better putting being the most likely option, but the nine-stroke reversal could probably best be explained with one word – rust.

In the year’s first round, and Spieth’s first competitive turn since early December when he played the Hero World Challenge, Spieth needed 30 putts and failed to make a birdie on his closing nine.

On Friday, however, Spieth looked more like the Spieth fans have become accustomed to watching. He took just 21 putts and played his last 13 holes in 6 under par for a second-round 66 that moved him to 5 under par.

“I felt like I struck the ball better yesterday than today,” said Spieth, who has not finished outside the top-3 in Maui in his first three starts at the winner’s-only event. “I had some fatigue late [on Thursday], I got lazy with my posture and my swing. Today I just tried to say, hey, I’m going to do less brain power, let [caddie Michael Greller] do a lot of it on the numbers and stuff, just pick a club and fire.”

The strategy worked well following an opening 75, his worst round at Kapalua. And, of course, he putted better, converting four putts outside 13 feet and chipping in at the ninth hole for eagle. It was a rewarding change particularly on a course that can be one of the PGA Tour’s toughest putting tracks, particularly when the winds blow like they have this week.

“The most difficult part of putting out here this week is you’re uncomfortably hitting the ball hard enough,” he said. “They’re slower greens than we’re used to. So you’re over a putt from say 8 feet, one that you kind of have high expectations on that you got to start outside the left edge. Now you’ve got to hit it uncomfortably hard and higher than what you’re used to.” 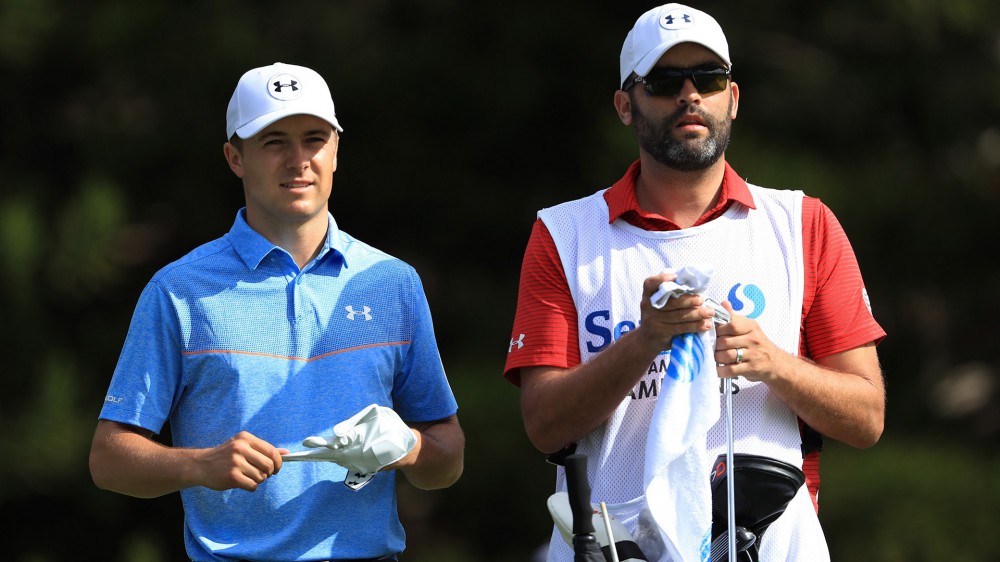