AUSTIN, Texas – The introduction of round-robin play at the WGC-Dell Technologies Match Play was supposed to protect the event against early upsets that often sent the game’s most high-profiles packing.

All it did this week at Austin Country Club was delay the inevitable.

In order, world No. 1 Dustin Johnson, No. 3 Jon Rahm, No. 4 Jordan Spieth, No. 6 Hideki Matsuyama, No. 7 Rory McIlroy and No. 11 Jason Day all failed to advance to this week’s knockout stage. In fact, of the 16 pods only five were won by the group’s highest-seeded player.

Johnson had a particularly tough week, dropping all three of his pool play matches and not even making it to the 18th hole in any of those loses. It was a jarring contrast to his play last year at the Match Play, when he never trailed in any match on his way to victory.

Rahm, who finished runner-up to Johnson last year, wasn’t much better. He managed to earn just a half of a point and lost to Kiradech Aphibarnrat, 4 and 3, in what was essentially a meaningless match for the Spaniard on Friday.

World No. 2 Justin Thomas, who can overtake Johnson atop the world ranking with a victory this week, and No. 10 Sergio Garcia are the only players from the top 10 in the World Ranking to advance to the Sweet 16.

Phil Mickelson, who lost in the quarterfinals last year at the Match Play and won the last World Golf Championship in Mexico, also failed to advance despite a pair of hard-fought victories after starting his week with a loss. 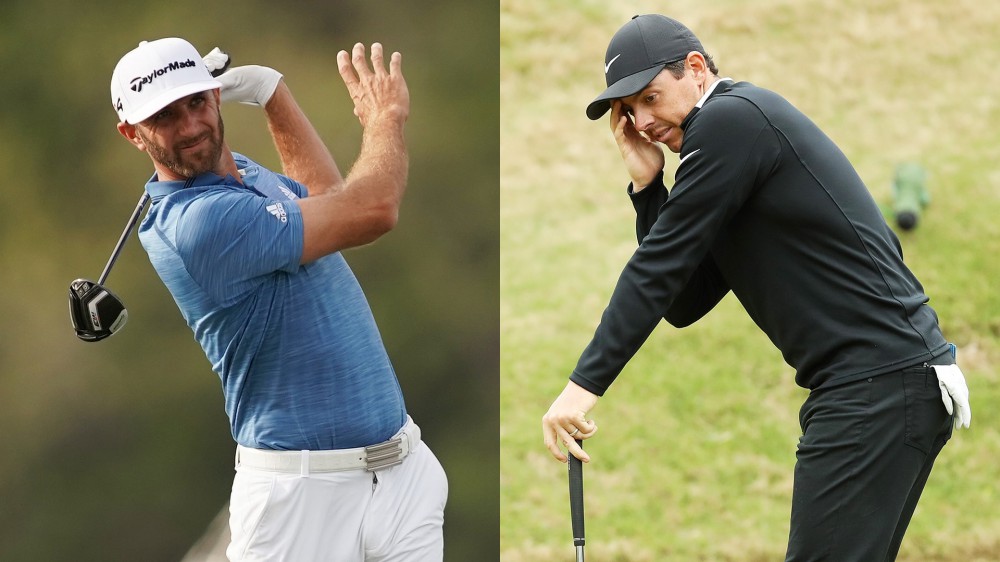