Inkster passed on team stalwarts Paula Creamer, Morgan Pressel and Angela Stanford, a trio that has helped make up the nucleus of American teams for a dozen years.

The trio has combined to win 17 LPGA titles, including two majors, and to win 33 points in Solheim Cup matches.

Inkster announced Angel Yin and Austin Ernst as her picks.

Yin is an 18-year-old LPGA rookie, Ernst, 25, a five-year veteran. They have combined for zero Solheim Cup appearances and one LPGA victory, Ernst’s Portland Classic title three years ago.

But Inkster likes what they offer.

“I’m bringing two rookies, but you know what, they have got to play sometime,” Inkster said. “I’ve got a lot of confidence in them.”

Inkster was specifically asked what it was like informing Creamer she would not be on a U.S. Solheim Cup team for the first time in her pro career. Creamer is 14-8-5 in her six Solheim Cup appearances. Her 17.5 points are more than any other American player in Solheim Cup history except Inkster and Kerr.

“Paula was upset,” Inkster said. “I’d be upset, too, but I explained to her why I picked these two. She understood. She didn’t play well enough the last year and a half, two years. She left it in my hands. But I’ve got a lot of respect for Paula, her and her game, and believe me, she’ll be on many more Solheims to come.”

Yin made a bold run at qualifying for the team via the world rankings list on Sunday at the Ricoh Women’s British Open, coming up about a birdie short of earning her way on the team.

Apparently, Yin was a popular choice within the American team ranks.

“I just like the way she plays,” Inkster said. “She plays aggressive. She does hit the ball a long way.

“She’s kind of been on my radar all year. I watched her play over in Mexico City in the match play event, and I just liked her demeanor. And my team just loves, loves her. So I just thought it was a win/win”

Ernst nearly qualified for the U.S. team that won in Germany two years ago. She was the secret alternate Inkster had in an envelope if an American came up sick or injured.

Ernst got off to a hot start this year, with three top-10 finishes, but none in the last four months. 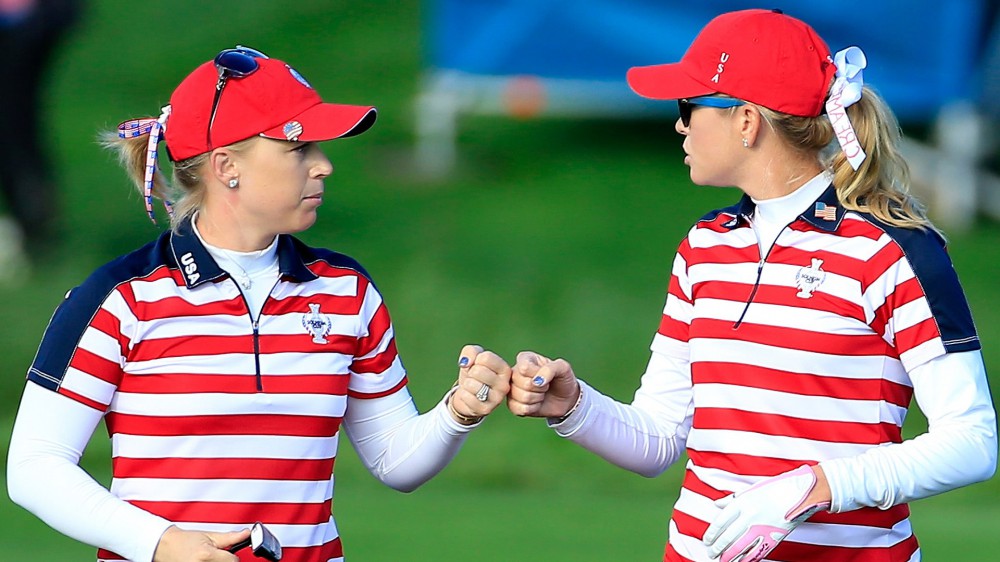 You Oughta Know: Perez would be oldest CIMB champ

McCarthy: ‘A great feeling to get those two shots back’