JERSEY CITY, N.J. – Jordan Spieth and Patrick Reed remain virtually unbeatable when paired together in team competitions for the red, white and blue.

The dynamic American duo easily dispatched Si Woo Kim and Emiliano Grillo, 5 and 4, Thursday in foursomes at the Presidents Cup to take their record to a combined 6-1-2 together in international team play.

The U.S. ends Friday up, 3 1/2 to 1 1/2, marking the 27th consecutive time the Americans have led after a Presidents Cup session.

“We just want to beat each other,” Spieth said, referring to his partnership with Reed. “When we’re playing alternate shot, we want to be the ones to make the putt, not our own teammate. Obviously, we’re rooting for each other, but it’s kind of a competition within itself that for whatever reason works for us.”

Spieth and Reed were quickly 4 up after seven holes and then cruised the rest of the way until the match ended on the 14th hole.

Although conditions were fairly tough because of steady wind all afternoon, Spieth and Reed didn’t even need to have their best against overwhelmed and overmatched opponents, both of whom are Presidents Cup rookies.

“Everyone thinks you need a lot of birdies to win, but when you’re playing alternate shot and it’s blowing like this, pars get it done,” Reed said. “We hit the ball pretty well as a whole, but our short games definitely shined for us today.” 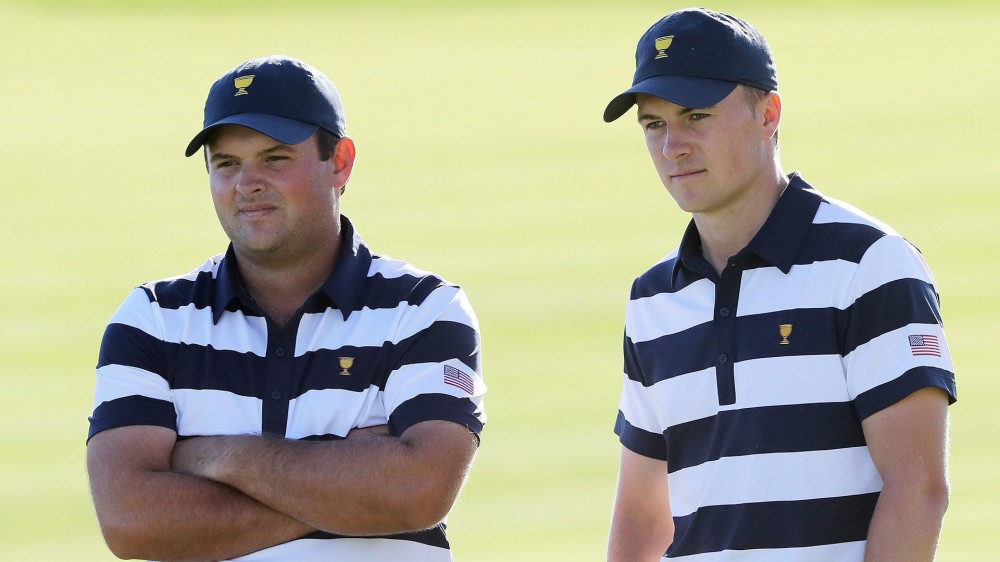