Pettersen enjoying life as 'regular mom,' full-time LPGA future up in the air

There is a good reason Suzann Pettersen’s future as a player has been a mystery in the LPGA ranks since she last teed it up 18 months ago.

She isn’t sure herself whether she wants to return as a full-time player.

Pettersen is, however, certain about loving her new life as a mother to Herman Alexander. She gave birth to him nine months ago. She took the entire 2018 season off as maternity leave and hasn’t played an LPGA event since the CME Group Tour Championship in November of 2017.

“My initial plan was to return as quickly as I could after giving birth, but there is a time for everything in life, and I have not felt a massive need to get back to my usual (golf) life,” Pettersen told Golf Channel’s “Morning Drive” on Wednesday.

Pettersen confirmed that she will play the LPGA’s Dow Great Lakes Bay Invitational team event July 17-20, with European Solheim Cup captain Catriona Matthew as her playing partner, but her playing plans beyond that remain up in the air.

“It’s been a little hard for me to get back to the normal routine (of golf),” Pettersen said. “It just takes so much work to come back, and I’m going to put every effort and all the energy and time I have to prepare for the Dow, and we will see how that goes.

“There is a time for everything in life, and I feel like I have had a lot of time for myself over the last 20 years and now is maybe the time to give a little bit to junior so I am just going to take it as it comes, see how the next two months evolves, the practice and preparation. If I do find some magical game, I might try to play and qualify for the Solheim. If not, I am going to be a happy vice captain to Beany. Either way, I will be around for the next couple months and we will see how that goes.”

Pettersen, 38, is a 15-time LPGA winner with two major championships on her resume. She will be a vice captain to Matthew when the Solheim Cup is played in Scotland Sept. 13-15, and possibly a playing vice captain. She is 16-11-6 in eight Solheim Cups.

“I have really enjoyed being with little Herman and being at home and just being a regular mom,” Pettersen said. “I’m just really enjoying life at the moment.” 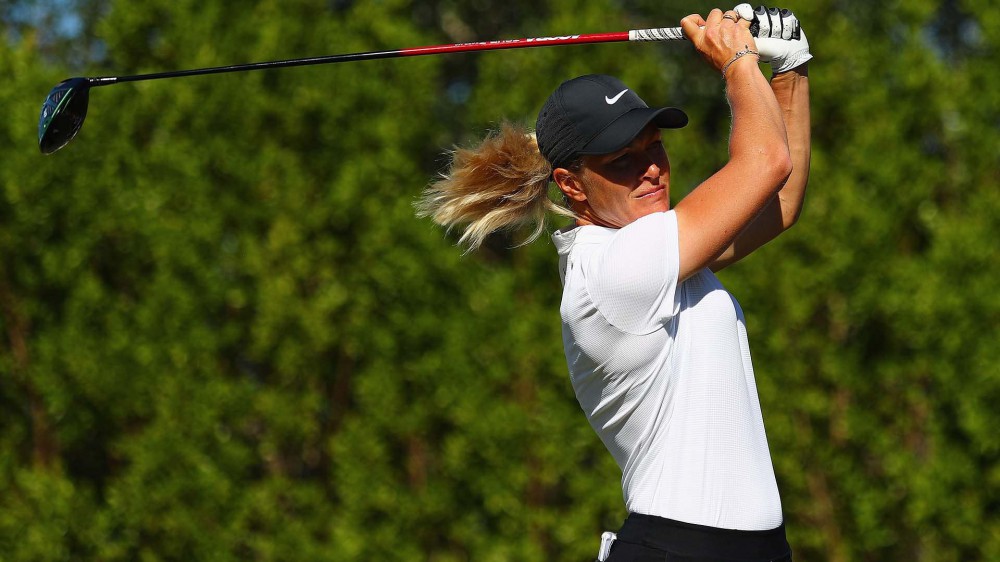 Woods commits to Wells Fargo and The Players