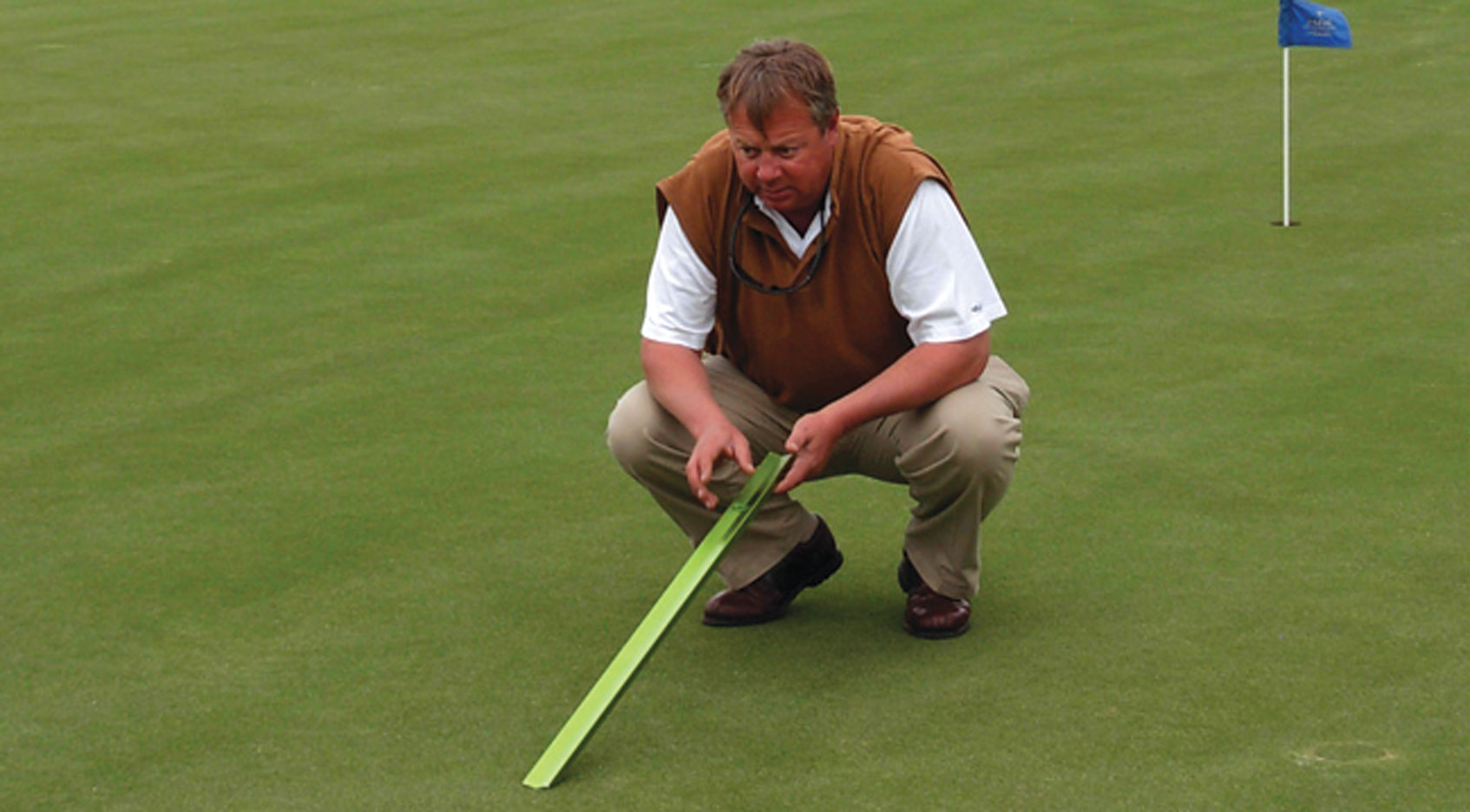 The course setup for this week’s The American Express was the purpose of the phone call, but there was one topic Jeff Haley wanted to discuss first.

“As soon as we get on the phone, he starts talking to me about his backswing,” said Steve Rintoul, the PGA TOUR’s senior tournament director, with a laugh. “I said, ‘Let’s hit a few balls when you get out here (to California).’”

Haley loved golf and he loved his job as an agronomist for the PGA TOUR, a position he held for more than three decades. He passed away Jan. 9, a day after that conversation with Rintoul. He was just 58 years old.

“The fact that he’s not going to be here, it’s devastating,” Rintoul said.

Rintoul recalls their final conversation fondly because it illustrates his friend’s passion for the game and for his craft.

While they were talking, Rintoul could tell from the noise in the background that Haley was in the middle of another activity. What was he doing? Fixing the irrigation system for his neighborhood association.

“As an agronomist, you would think that’s the last thing he wants to do when he gets home,” Rintoul said. “But that’s the kind of guy he was. He just did it.

“He was a gentle giant, very affable, very mild-mannered. More than anything, he was a really good friend.”

Haley was just the third agronomist ever hired by the PGA TOUR. His peers remember him for his grace and kindness, as someone who was eager to solve problems instead of casting blame.

“He was a good man. He didn’t speak a lot, but when he did you listened,” said three-time TOUR winner Johnson Wagner, a fellow Virginia Tech alum.

A standout athlete in high school, Haley was offered college scholarships in both football and golf. He accepted a golf scholarship to Virginia Tech, where he played all four years.

It was at Virginia Tech that he found his passion, earning a bachelor’s of science degree in agronomy. Shortly after graduating in 1985, he accepted a job as superintendent at TPC Eagle Trace in Coral Springs, Florida, which was then the venue for The Honda Classic. In 1989, he became one of the first members of the PGA TOUR’s Agronomy department.

Fellow TOUR agronomist Bland Cooper called him the agronomy department’s “rudder” who was quick to put things in perspective. Haley’s focus was on helping others, not talking about himself. Cooper, who’d worked with Haley for more than a decade, said he only recently learned that Haley had been offered a football scholarship.

“Jeff was always the person I called when I was struggling with something,” Cooper said. “He could help you quickly bring things back into focus. It’s easy for superintendents to beat themselves up if a course isn’t where you want it to be. He would always say, ‘We’ll get through this.’”

Mark Dusbabek, who played in the NFL before becoming a TOUR rules official, said Haley loved talking football, but they also shared a special bond as the fathers of daughters.

“He never wanted the spotlight but you could always count on him to have his job done and be very detail-oriented,” Dusbabek said.

The American Express, which is being played this week at PGA West, the Wells Fargo Championship and TOUR Championship were among the events Haley set up for several years.

“From the beginning of this tournament, we were fortunate to have the best people from the PGA TOUR to guide and assist us,” said Johnny Harris, president of Quail Hollow Club, the venue for the Wells Fargo Championship. “Jeff made everything he touched better.”

“Jeff always had a way to keep it in perspective. He never pointed the finger at anybody and at times he took the blame to protect a superintendent. He was the consummate professional.”