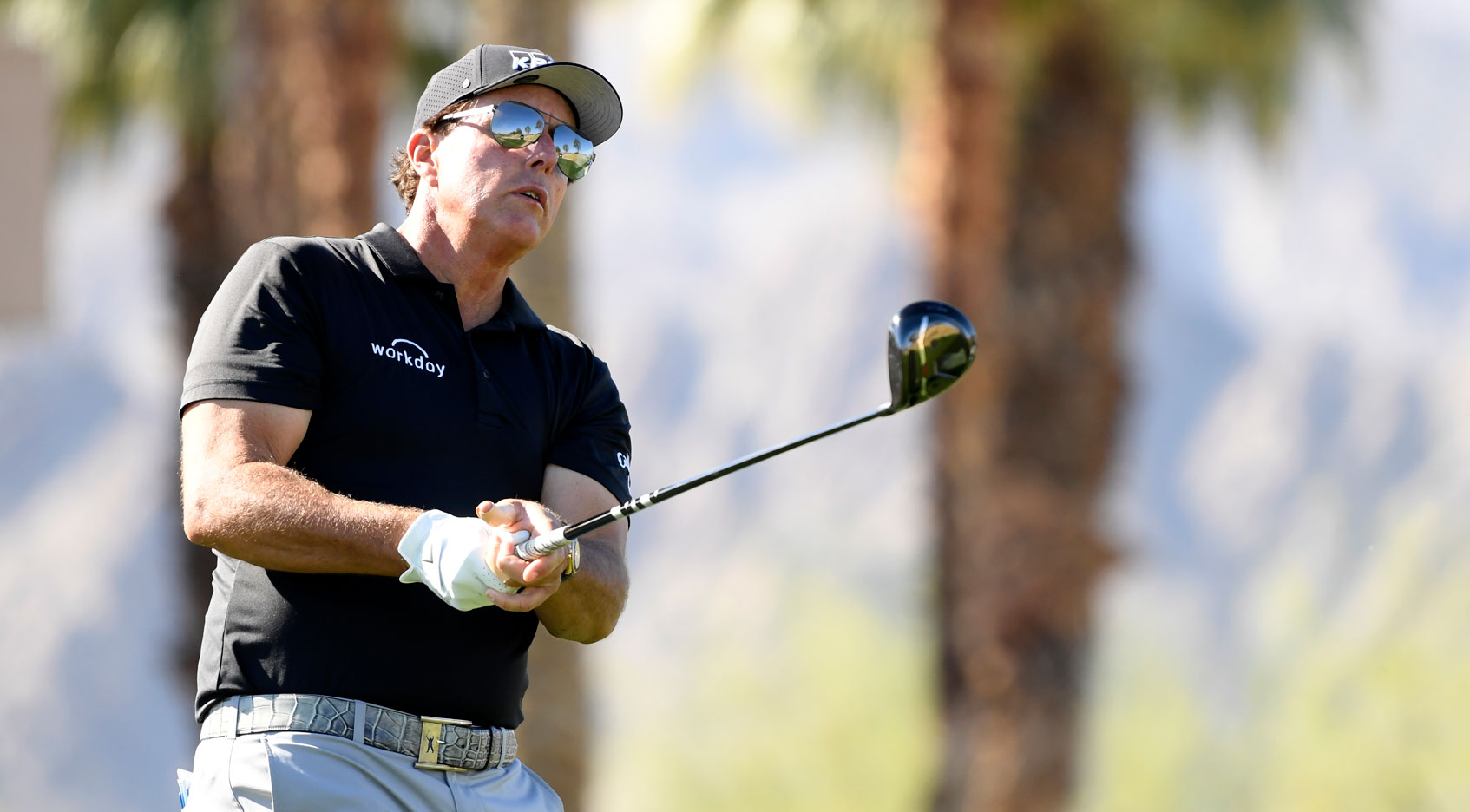 LA QUINTA, Calif. – Phil Mickelson teed it up Friday at The American Express for his 2,201st career PGA TOUR round.

For the first time in his TOUR career, he carded 18 consecutive pars.

Mickelson, 50, posted a second-round, even-par 72 at PGA West (Pete Dye Stadium Course) to follow an opening-round, 2-over 74 at the Nicklaus Tournament Course. The tournament host finished seven strokes outside the cut line.

“For that to be the first time, it’s really shocking,” said Mickelson of stringing 18 pars for the first time on TOUR. “Surprising, because I really try to hit fairways and centers of the greens and just make easy pars.

“Looking at the scores, you’re going to say, ‘Gosh, you played 2-over par, pretty easy courses, pretty poor start.’ But I feel like there were a lot of good things to take from the week, even though the scorecard’s not going to show it.”

Making his first TOUR start since the Masters in November, Mickelson hit 13 of 18 greens Friday but failed to convert on numerous birdie looks.

The artist known as ‘Phil the Thrill,’ though, also saved par in heroic fashion on multiple occasions, en route to becoming the first player to card 18 pars in a round at PGA West (Pete Dye Stadium) since 2016.

His second shot on the par-5 fifth found the water. He dropped 76 yards away, wedged to 16 feet and drained the putt.

After finding a greenside bunker with his approach on the par-4 12th, his third shot held up in the fringe, 15 feet short. He saved par once again.

One of Mickelson’s best birdie looks came at the par-4 18th, his final hole of the day. After a 197-yard approach to 9 feet, though, his birdie putt slid by. He nailed the 4-foot comebacker to polish off a scorecard unlike any he has authored in a nearly three-decade professional career.

Mickelson will regroup and head to his hometown of San Diego for next week’s Farmers Insurance Open at Torrey Pines.

“I’m driving the ball well; I’m hitting a lot of good shots,” Mickelson said. “My putting needs some work, but I have been putting well for a long period of time, so I don’t feel as though it’s going to require a lot of effort.

“If you look at the scorecard, it’s pathetic. I’m not denying that. But I think that it’s a little bit closer than it looks.”