AUGUSTA, Ga. – The only thing better than a drive down Magnolia Lane?

As he pulled into the Champions Parking Lot at Augusta National, Mickelson uploaded a 1-minute video detailing his plan for the third round of the Masters.

Mickelson, wearing all black – “Being aggressive” – said that he’s looking forward to his Saturday pairing with Matt Kuchar, who earlier this year was embroiled in a caddie-payout controversy.

“Obviously we’re not going to have any side action today,” he said, “because I’d probably see like 0.6% if I did win.”

Mickelson’s game plan Saturday was to “hit bombs” off the tee. Working on increasing his swing speed, Mickelson said that he topped out at 125.1 mph on Friday night. “I haven’t gotten to that in my life,” he said.

Mickelson cited research from one of his longtime coaches, Dave Pelz, who said that Augusta National is the “one course in the world where longer drives equated to lower scores.”

Mickelson explained that because the shelves at Augusta National’s greens are so small, it’s imperative to have a shorter club for the approach shot – thus the need for big drives.

“That’s what I’m going to do today,” he said. “Hit bombs and attach the pins.”

Mickelson enters the third round at 4-under 140, three shots off the lead. 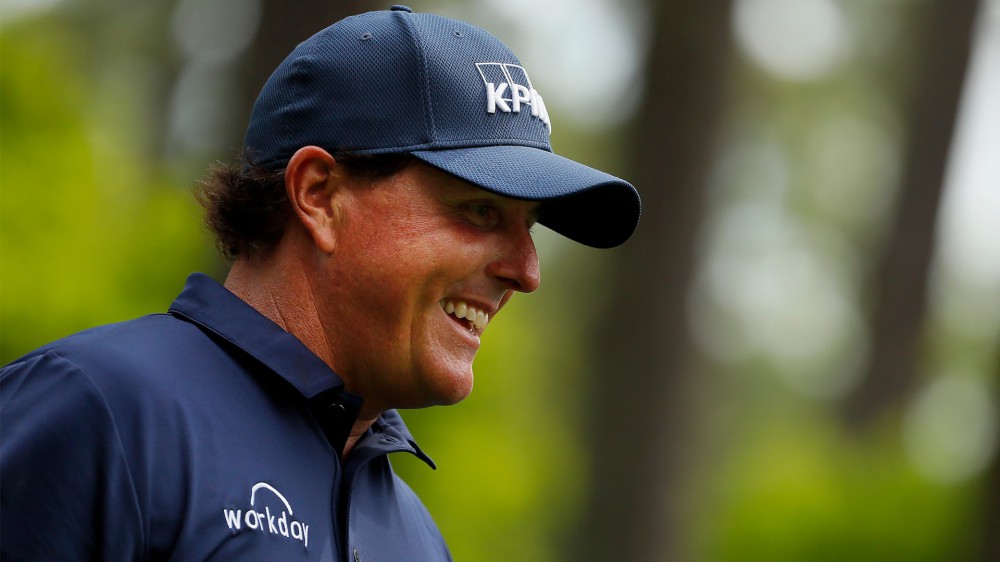