ERIN, Wis. – Justin Thomas’ scorecard from the third round of the U.S. Open will forever be a part of golf history – even if it has a little wear and tear on it.

Thomas torched Erin Hills for a record-setting 63, tying Johnny Miller’s famous score from Oakmont and becoming the first player to shoot 9 under in the U.S. Open. His playing partner for the round was Jonathan Randolph, a sixth-year pro from Mississippi who has bounced between the PGA Tour and Web.com Tour.

Thomas and Randolph have known each other since competing on the junior event circuit, and Randolph was impressed by his playing partner’s “special” performance. But Randolph kept Thomas’ score, and he tore the scorecard slightly at the start of the round without realizing that it would become a part of history by the end of the day.

“The sad thing is, the card didn’t fit in my pocket right. So I ripped off the bottom part of it some,” Randolph said. “I told them I could re-do it if they needed me to, but I felt pretty guilty. If that goes in like the Hall of Fame and it’s all torn and jagged, they’re going to be wondering who in the world Jonathan Randolph is.”

Randolph and Thomas both played in the 2011 U.S. Amateur at Erin Hills, and he joked after shooting a 1-over 73 that Thomas likely would have closed him out by “the 12th or 13th hole” in match-play format. Randolph called the damage to the card “noticeable” and said scoring officials didn’t take him up on his offer to write out a fresh card for preservation purposes.

“I don’t blame anybody but myself for being a redneck and thinking that the thing wouldn’t fit,” he said. “So I just ripped it a little bit.” 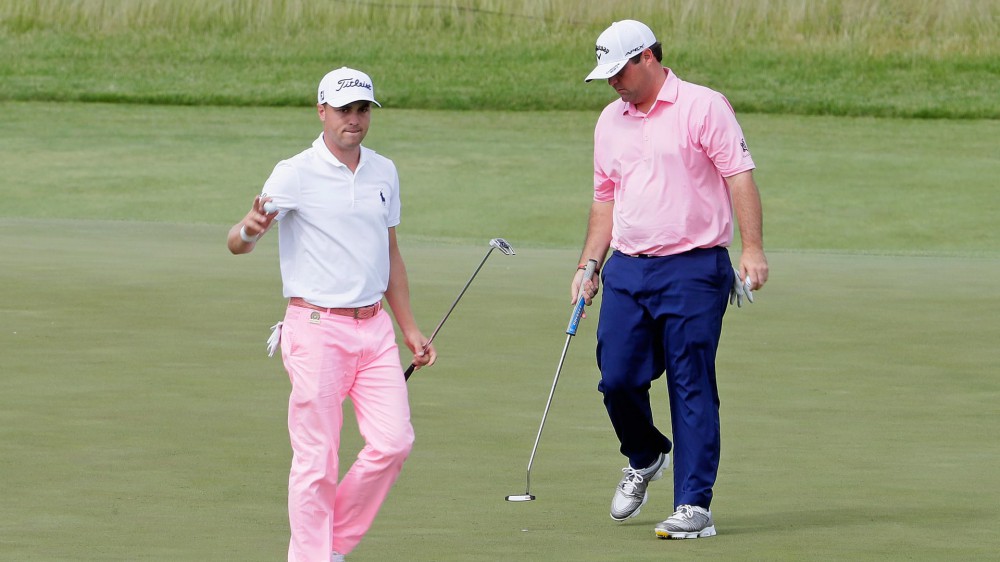