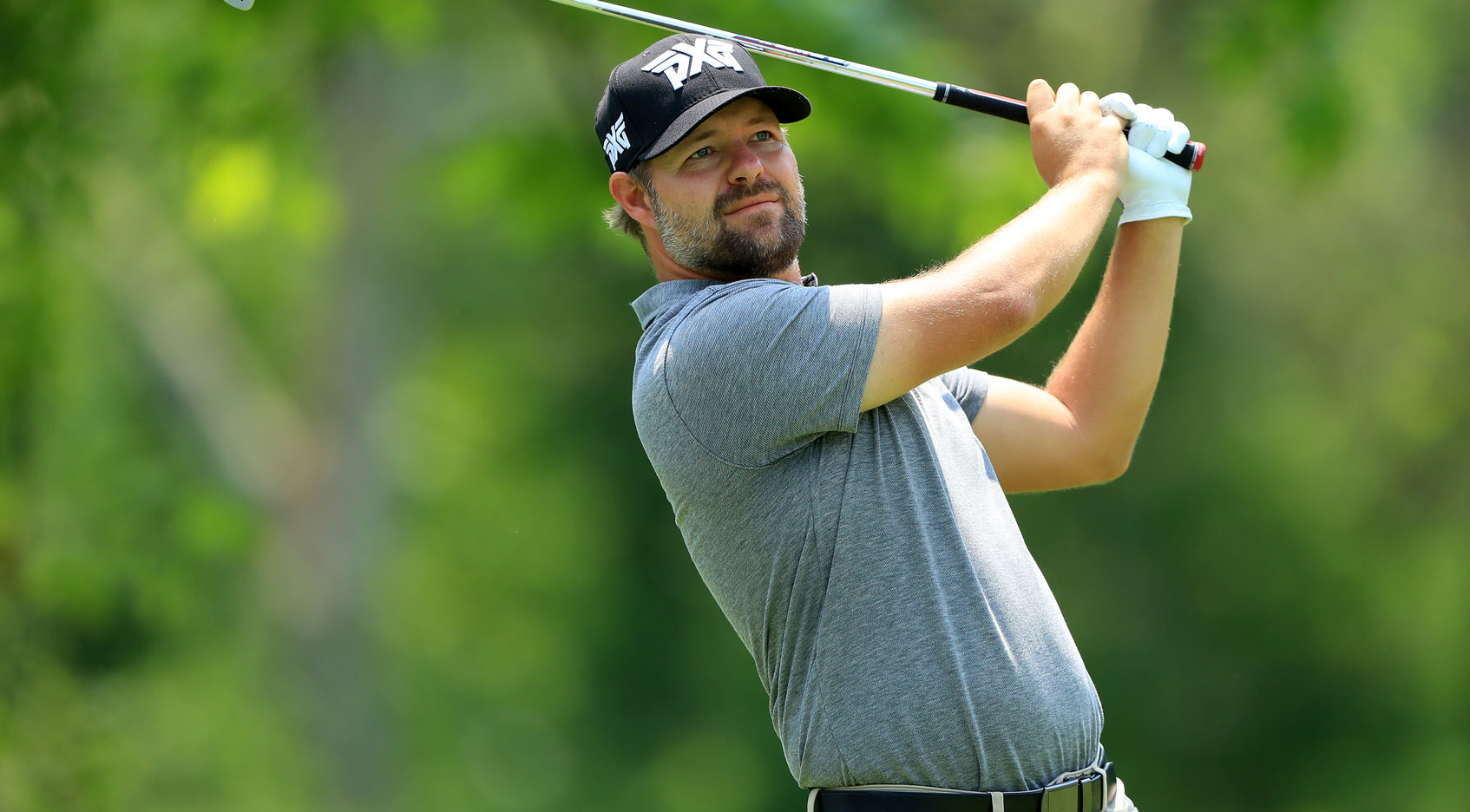 • Pat Perez … Pieced together a nice week at TPC Twin Cities for a T23 to go 4-for-5 in the restart. Modified Stableford scoring meshes so well with his swashbuckling approach at golf and at life.

• Nick Watney … Got off the schneid with a T12 and four sub-70s at the 3M Open. The Sacramento, California, native now gets to enjoy a virtual home game. It’s been a while, but he went for three top 10s at Montrêux.

• Brandon Harkins … The former PGA TOUR member might have the most experience at Old Greenwood. He’s also gone 7-for-7 with three top 25s on the Korn Ferry Tour since its season restarted.

• MJ Daffue … He’s not quite Patrick Reed or T.J. Vogel, but Daffue isn’t a slouch, either. He’s in the field on a sponsor exemption, but perhaps he should have declined it in favor of open qualifying. See, as noted by Ryan French in his recap of the open qualifiers for the Workday Charity Open, Daffue is 6-for-10 in the one-round races for a chip and a chair. In all six(!), he’s finished inside the top 30 in the tournament proper, including a T22 at the Workday. He’s built for the Modified Stableford scoring system, and vice versa.

True to Nicklaus’ stamp on most properties, there’s room to move it off the tee on the 7,390-yard test, but there are strategic slots and spots from a handful that will separate seriously valuable drives from pedestrian fairway splitters. The entire course is blanketed with a blend of bentgrass and Poa annua not dissimilar to what many in the field experienced on most or all of a handful of recent sites where the PGA TOUR has set up shop. Of course, the big difference between locales such at TPC River Highlands, Detroit Golf Club and Muirfield Village is the altitude.

At about 6,000 feet above sea level, conversions to compensate will be necessary to capitalize on scoring opportunities. Greens average 5,300 square feet, but Nicklaus-esque undulations will make them feel even smaller. Primary rough rising to three-and-a-half inches reinforces the goal to get the math right.

Despite the customary challenge of the course, the overarching narrative concerning it and the week in general is to have a good time. It’s a resort community where countless locals are summering. With majestic vistas, clean and dry air, and nothing but sunshine all week with daytimes highs in the 80s, it’s golf for the soul ahead of an intense stretch of action on the horizon.

Contributing to the thrill are par 4s measuring 357 yards, 345 yards and 396 yards at the eighth, 11th and 16th holes, respectively. However, with two of the par 5s and the shortest two par 3s on the front side, contenders in the final round probably will have built a foundation early in the day, and then take whatever they can coming home.

Modified Stableford totals points (like a fantasy league), so positive numbers are good for the only time all season. The worst a golfer can score on any hole is minus-3 points for a double bogey (or worse). ShotLink is not used to measure performance.

In addition to 300 FedExCup points and a two-year PGA TOUR membership exemption, the winner will qualify for next week’s PGA Championship. As of midday Tuesday, only nine golfers in the field are exempt into the major.

Incidentally, fields for additional events entering this season were reduced to 120, but this week’s field was reset to 132 to help compensate for playing time missed due to the pandemic.