Shortly after he was named PGA Tour Player of the Year for 2018, Brooks Koepka once again refuted the notion that there was any sort of incident between him and Dustin Johnson at the Ryder Cup.

Koepka and Johnson came into the crosshairs of the post-Paris fallout when a report from the U.K. Telegraph cited multiple witnesses that the two men nearly came to blows and had to be separated while visiting the European team room after play concluded at Le Golf National. Koepka flatly denied that anything happened when speaking to reporters last week at the Alfred Dunhill Links Championship, and he stood by his explanation Tuesday in an interview with the Dan Patrick Show.

“I don’t know how (the report) started. I have no idea,” Koepka said. “I was texting with (Johnson) before I even knew the story existed. We chatted a few times during the week as we normally would, and I saw him this morning. The 20 people that were here can vouch for me that there’s nothing there. We don’t get it. We’ve laughed about it.”

Speaking in an interview with Golf Channel insider Tim Rosaforte over the weekend, U.S. Ryder Cup captain Jim Furyk denied that there was any lingering impact – but seemed to imply that some sort of incident, however minor, did actually occur between the two friends who have combined to win the last three U.S. Open titles.

“Whatever altercation started, or whatever happened, it was very brief, it was very short. Neither one of them really took anything out of it. In fact, they both hopped in a cab not long after that and went out together for a little while, woke up in the morning like nothing happened,” Furyk said. “They’re like brothers. Brothers may argue, brothers get into it. But they’re as close as they’ve ever been and it really had no effect on either one of them.”

While his captain left the door open to the notion that there was some sort of incident, Koepka denied the report for a second time while chalking it up to a possible mis-interpretation of a conversation the two men were having.

“I mean, we talk about everything. We could have been talking about college football and how bad Florida State was. It could have been one of those things where I’m like, ‘Dude, we’re not that bad,'” Koepka said. “You never know what somebody heard. Sometimes you jump in the middle of a conversation and you have no idea what’s going on. You just hear a certain part of it, but it’s not always the case. 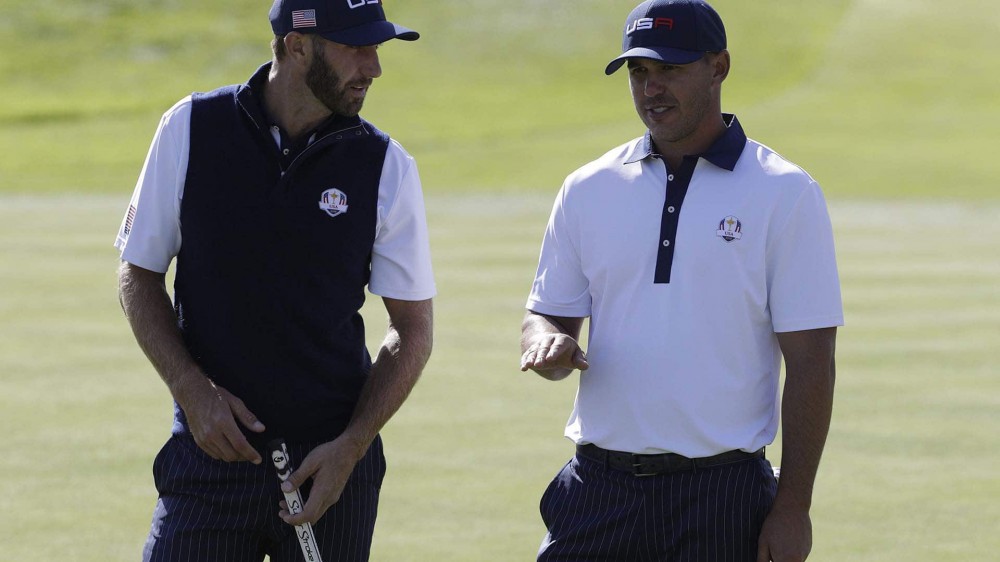 Rain continues Tuesday at Augusta with more in the weekend forecast