POY Koepka 'too lazy' to vote in POY race

After claiming a pair of majors in 2018, Brooks Koepka was a logical and deserving winner of the PGA Tour’s Player of the Year award, as announced by the Tour on Tuesday. He just didn’t benefit from a vote for himself.

Koepka successfully defended his U.S. Open title in June, then added the PGA Championship in August to become the first player to win both events in the same year since Tiger Woods in 2000. But in an interview with the Dan Patrick Show, Koepka explained that he didn’t bother to vote for the award, which was open for voting by all Tour players between Sept. 24-Oct. 1.

“I actually, I was too lazy. I didn’t vote,” Koepka said. “I don’t know, I would never vote for myself. I just couldn’t do it.”

In Koepka’s defense, the tight voting window coincided with a busy part of his schedule as he and the other members of the U.S. Ryder Cup team were toiling away in France. But given a mulligan, Koepka believes he would have likely voted for DeChambeau, whose breakout season included victories at each of the first two playoff events.

“Maybe the way Bryson came on as of late. If not, maybe Dustin,” Koepka said. “One of those guys is who I would’ve voted for. Next year, I’m going to vote.” 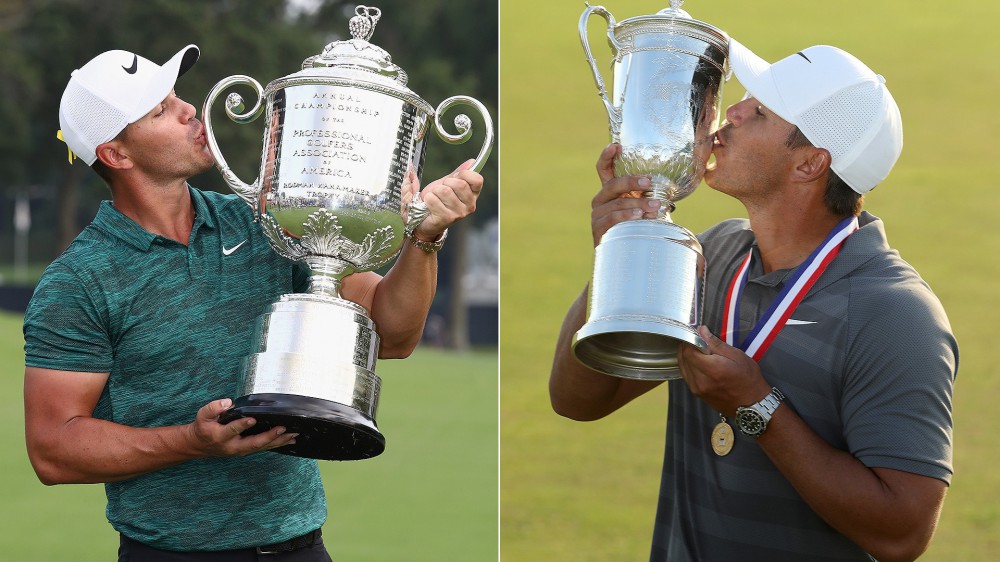