The Presidents Cup is taking place this week at Liberty National Golf Club in Jersey City, N.J., just outside of New York City. Members of both teams did some media reps ahead of the biennial competition, which begins Thursday. Check out some social media snapshots and video clips. And Click here for a photo gallery of their activities.

Our crowd moment today is golf-themed, of course! https://t.co/NPda2T7ct9

Who's watching us on the @TODAYshow? pic.twitter.com/5e7uDUSXuY

Awesome time being on @WFANmornings talking @PresidentsCup! It's great to be back in New York City. pic.twitter.com/t65tezu5ZN 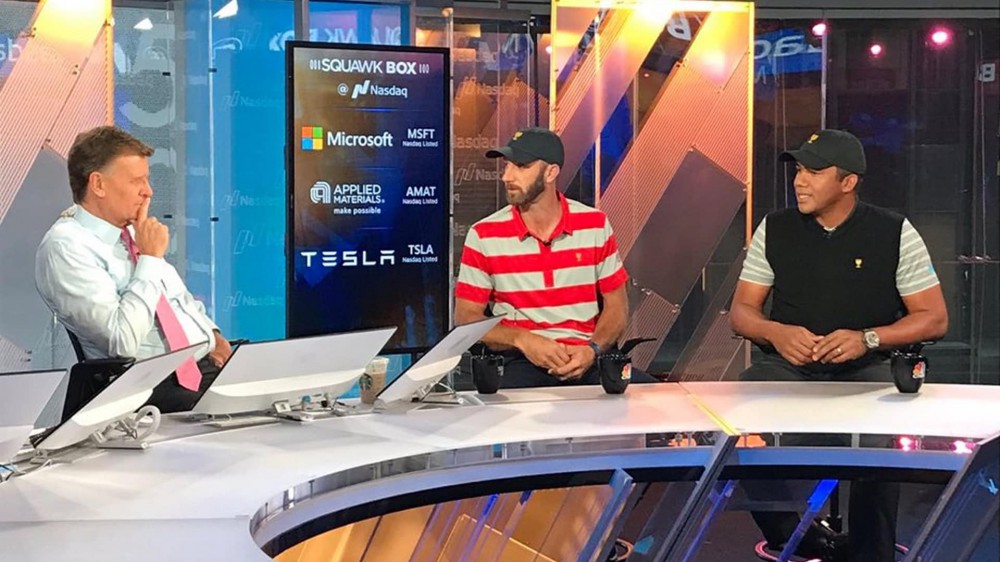