The Northern Trust provided a thrilling conclusion to the year’s first postseason event, with Dustin Johnson outlasting Jordan Spieth for the title. But while many fans were dazzled by Johnson’s drive in overtime, some of his peers questioned the choice of No. 18 at Glen Oaks Club as a sudden-death setting.

Spieth had already found the fairway when Johnson stepped to the tee and unleashed a 341-yard bomb that soared over the large lake that guards the left side of the fairway. Having chipped out after missing the fairway on the right in regulation, Johnson had only a 60-degree wedge left from 95 yards that he stuck within a few feet for a title-clinching birdie.

It gave Johnson his first trophy since March, but it was clearly a situation where his advantage off the tee was accentuated when the stakes were at their highest. That fact was not lost on Ian Poulter, who finished 66th this week and called Spieth “unlucky” using the playoff shot tracker to illustrate his point:

Shame @Fedex playoff hole had to be on the worst hole of the golf course.. 18th hole suited 5 guys in the field. Congrats DJ unlucky Jordan pic.twitter.com/ms2WZrfq0X

Those sentiments were echoed by Wesley Bryan, who tied for 54th and claimed on Twitter that the tournament was decided by a “long drive contest.”

Former world No. 1 Luke Donald also weighed in, but after a T-49 finish in Old Westbury he approached the situation with a more whimsical view:

Just seen Dustin’s drive on 18 in the playoff, funnily enough that’s the same line I tried a couple of times – didn’t quite pan out #wet 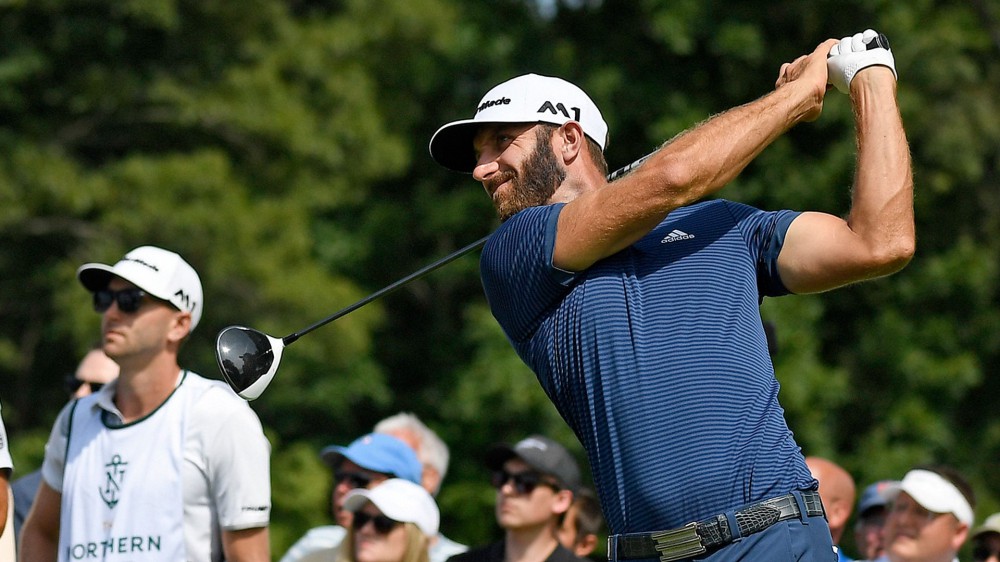