AUGUSTA, Ga. – Francesco Molinari is in search of his second major championship in the last three majors contested and holds a two-shot lead over Tony Finau and Tiger Woods heading into the final round of the 83rd Masters. Woods is looking for his fifth green jacket and major champions Brooks Koepka and Webb Simpson are close behind. So, who is the biggest threat to challenge Molinari for the Masters title? Our team at Augusta National weighs in:

REX HOGGARD: BROOKS KOEPKA. Those who have doubted the American strongman have only given him more fuel this week at the Masters and playing with a chip on his shoulder is what Koepka does best. He’s been in this position to win a major before and stared down the game’s best, from Tiger Woods at last year’s PGA Championship to Dustin Johnson at the 2018 U.S. Open. Koepka will win the Masters because of a power game that is uniquely suited for Augusta National and because he’s proven he has the mental toughness needed to survive a major Sunday. But most off all he’ll win because he has something to prove.

RYAN LAVNER: TIGER WOODS. There is so much that Woods needs to overcome on Sunday – his own personal demons, his recent nemesis, his overwhelming desire to win – but there’s a clearer path for him to do it than in the last two majors of 2018. His iron play remains the best in the world. He finally played the par 5s better on Saturday. And there’s only one player standing between him and the lead. There hasn’t been much over the past 12 months that has rattled Molinari. But Tiger in full flight, with the full support of the patrons? It just might.

WILL GRAY: BROOKS KOEPKA. Tiger will get plenty of attention, and the roars around this place will be electric should he remain in the mix. But the ball-striking in his third round was a bit more problematic than his scorecard indicated, and I’m not sure his voyages into the trees will be as fortuitous as they’ve been so far. So, I’ll take my chances with Koepka, who is still flush with steely confidence and can go about his business away from the chaos of the final group as he looks to snag his fourth win in the last eight majors. It wouldn’t be Tiger-level historic, but it would be pretty close.

JAY COFFIN: TIGER WOODS. It’s difficult to see Molinari playing poorly so that means someone else is going to have to go super low. Tiger is his biggest threat. Or, rather, Tiger’s aura at Augusta National is his biggest threat. Look, Molinari has proved numerous times over the past year that he is unflappable (see The Open, 2018; Ryder Cup, 2018) while playing with Tiger so I don’t expect him to melt. But Tiger at the Masters is a different animal than at the two aforementioned tournaments. He just is. Tiger has played better each of the first three days and if on Sunday he can play those first four holes in, say, 2 under, and get the patrons in a tizzy, then it’s game on. 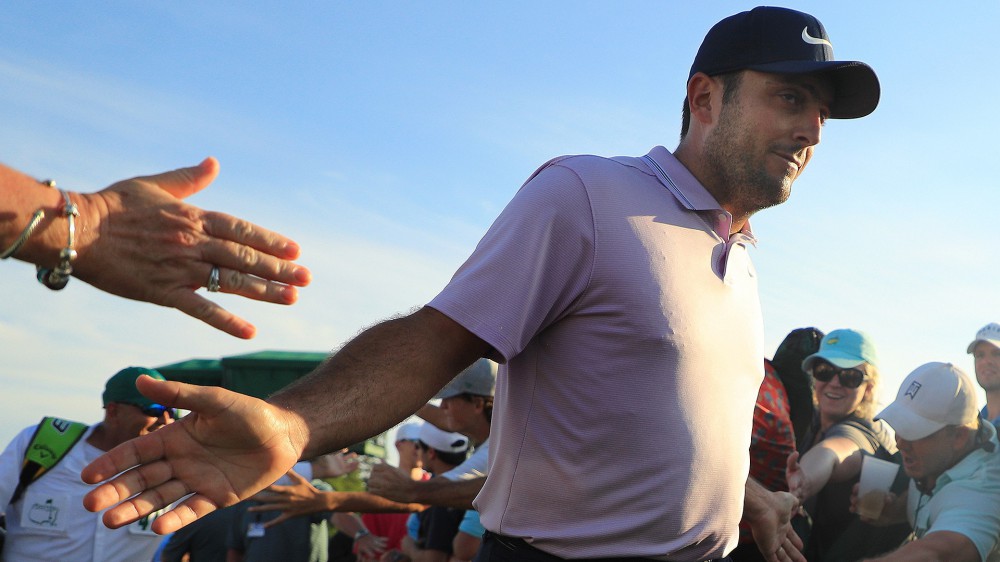 Who’s been the best since the break? Let’s look at the stats