When it comes to Jon Rahm and Phil Mickelson, there are plenty of common bonds. Both starred at Arizona State, both are now repped by the same agency and Rahm’s former college coach and agent, Tim Mickelson, now serves full-time as his brother’s caddie.

Those commonalities mean the two men have played plenty of practice rounds together, but the roads quickly diverge when it comes to on-course behavior. Rahm is quick, fiery and decisive; Mickelson is one of the most analytical players on Tour. And as Rahm told reporters Wednesday at the CareerBuilder Challenge, those differences won’t end anytime soon.

“I don’t need much. ‘OK, it’s like 120 (yards), this shot, right,” Rahm said. “And then you have Phil, it’s like, ‘Oh, this shot, the moisture, this going on, this is like one mile an hour wind sideways, it’s going to affect it one yard. This green is soft, this trajectory. They’re thinking, and I’m like, ‘I’m lost.’ I’m like, ‘God if I do that thought process, I could not hit a golf shot.'”

The tactics may be more simplified, but Rahm can’t argue with the results. While Mickelson is in the midst of a winless drought that is approaching five years, Rahm won three times around the world last year and will defend a PGA Tour title for the first time next week at Torrey Pines.

Both men are in the field this week in Palm Springs, where Mickelson will make his 2018 debut with what Rahm fully expects to be another dose of high-level analytics for the five-time major winner with his brother on the bag.

“It’s funny, he gets to the green and then it’s the same thing. He’s very detail-oriented,” Rahm said of Mickelson. “I’m there listening and I’m like, ‘Man, I hope we’re never paired together for anything because I can’t think like this. I would not be able to play golf like that. But for me to listen to all that is really fun.” 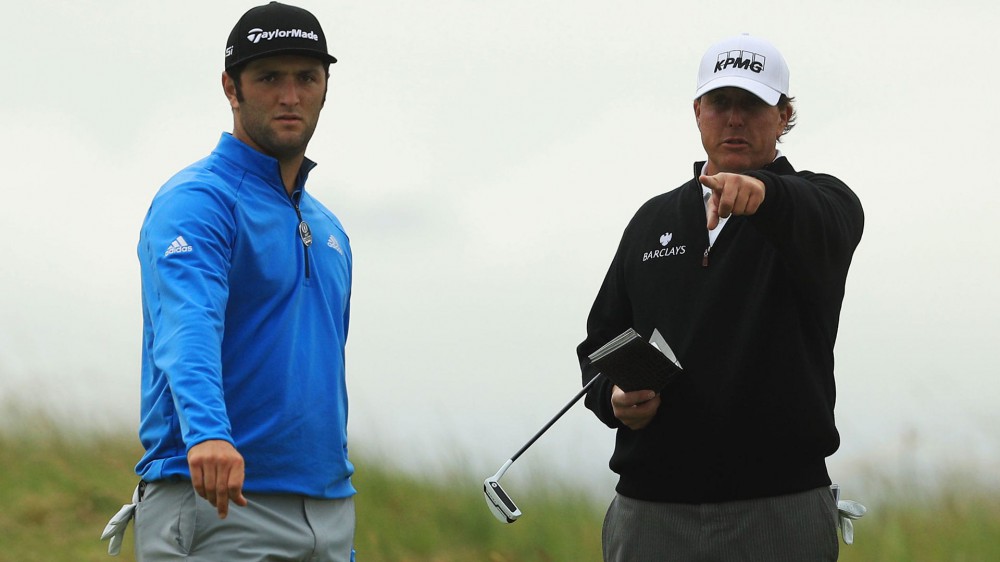