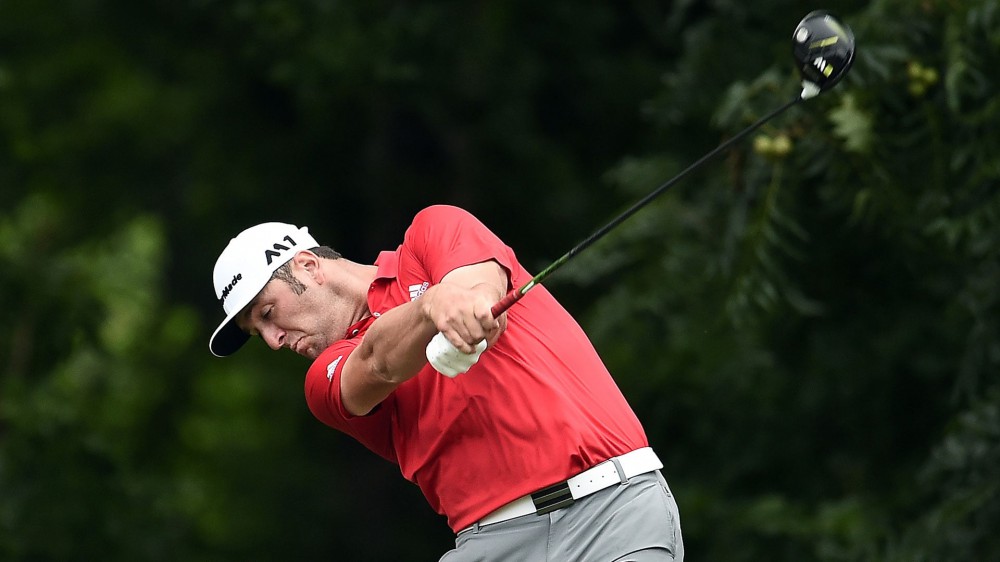 ERIN, Wis. – Last year’s U.S. Open didn’t exactly start out as planned for Jon Rahm, with the Spaniard making a triple bogey-7 at the third hole and a double bogey-7 at No. 4 on his way to an opening 76.

But as Rahm prepared for this week’s U.S. Open, the memories of last year’s championship came flooding back with an optimistic smile.

“I thought I played a great U.S. Open,” he recalled on Monday at Erin Hills. “In three rounds, I shot 1 over, besides the first one, my first U.S. Open is not going to be that good. But I’m just happy to make the cut and gave myself a chance to finish best amateur.”

Rahm made the cut at Oakmont, following his opening round with cards of 69-72-70, and took the medal for low amateur. More importantly, as he prepares for this week’s U.S. Open he learned a valuable lesson.

“I learned. I think I teed off a little too on the defensive side,” he said. “I tried to respect the golf course too much and not play as aggressive as I did.”

Rahm has forged an impressive first year on the PGA Tour thanks to that aggressive mindset. In his next start after the ’16 U.S. Open, he tied for third at the Quicken Loans National and was runner-up two weeks later at the Canadian Open.

So far this season, he’s won the Farmers Insurance Open and finished runner-up twice, including three weeks ago at the Dean & DeLuca Invitational, all with an aggressive mind set that will make him one of the favorites this week at Erin Hills.