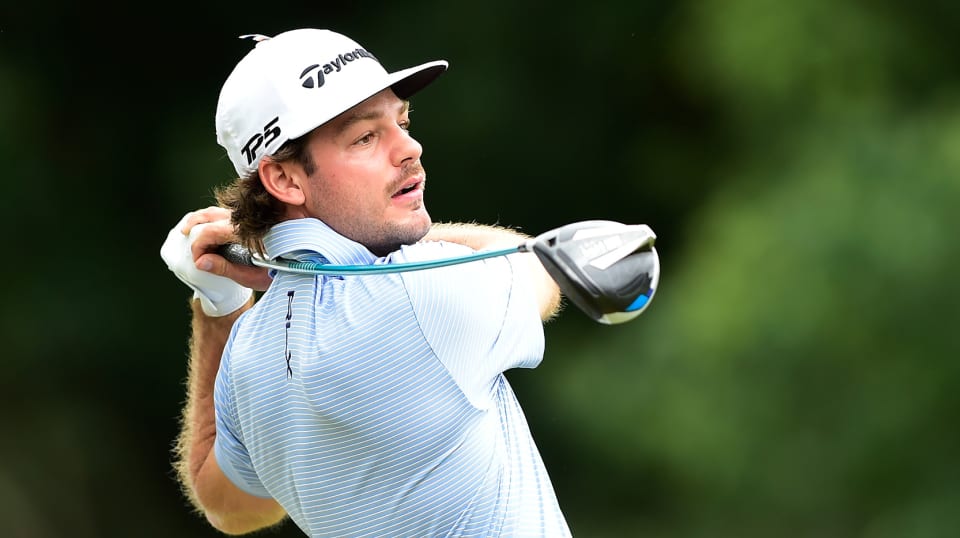 NORTON, Mass. – Among the talented crop of players who represented the United States in the 2017 Walker Cup, you could make a case that Doc Redman’s rise is the most inspiring. He Monday qualified for last year’s Rocket Mortgage Classic and finished second, which earned him Special Temporary Membership, plus entry into the Open Championship, where he finished T20.

Redman has made 17 cuts in 23 starts in this most disjointed of TOUR seasons, including a T3 at last week’s Wyndham Championship, where there was something more going on. He played not far from where John Budwine, a mentor and a huge part of his golf life, watched on TV with pride.

“He was my first real swing coach and he’s a mentor to me,” Redman said of Budwine. “He was there at a time when I was getting serious about golf.”

Redman, gracious and polite and full of perspective, talks seamlessly about the bigger picture and what Budwine meant to the development of a promising young player. The admiration goes both ways, although Budwine, who is battling a brain tumor, is no longer as verbal as he was.

A longtime member of the PGA of America, Budwine said via email, “My verbal skills are not very good due to my brain tumor. My wife, Nancy, speaks for me. We are extremely proud of Doc’s play this last weekend. He is a very talented young man.”

They’ve traded text messages and phone calls this season, because while Redman learned to play with his father at Prestonwood Country Club in Cary, North Carolina, he was really hooked on the game as a freshman at Cary Academy, where Budwine was the coach.

“He was easy to hang out with and he introduced me to really good players at Wildwood Green (Golf Club in Raleigh),” said Redman. Grayson Murray, a future TOUR winner, was one of them, but it was Budwine’s guidance and advice that Redman said really stuck with him.

There were forks in the road – Redman moved on to Leesville Road High School and won a 4A State Championship, then onto Clemson for two years. Budwine went to Deep Springs Country Club near Greensboro. “We lost touch for a few years, but we’ve gotten back,” Redman said.

“We had a great friendship and he means a lot to me. I know he’s had some surgeries and that his health is not great, but he always sounds in great spirits and whenever I think of him or talk to him, I’m reminded of how much I have to be thankful for.”

It was just five years ago Redman was winning a high school championship in North Carolina. Three years ago, he was winning the U.S. Amateur and playing in the Walker Cup. And 15 months ago, he’d missed two of three cuts as a pro and had no TOUR status.

Fast forward to today and Redman, a card-carrying TOUR member, is entered into THE NORTHERN TRUST at TPC Boston, the first tournament of the FedExCup Playoffs. There are 13 players in the 125-player field who are 25 or younger – including world No. 1 Jon Rahm – and five of them, including Redman, were teammates on the 2017 U.S. Walker Cup team.

“At the time, we all knew that we’d be here,” Redman said of that squad, which also included Collin Morikawa, Cameron Champ, Scottie Scheffler and Maverick McNealy, all of whom are now ranked in the top 60 in the FedExCup. Will Zalatoris, the current points leader on the Korn Ferry Tour, also was on that team. “None of us is surprised.”

Even when you’re on the fast track, or maybe especially so, pausing to appreciate those who helped you along the way is more important than a string of birdies. Redman is proof.